To mark the 25th anniversary of Charlton's return to The Valley, on December 5th, 1992, VOTV brings you this previously unseen amateur video of the preamble to the first match back. It was shot by Keith, who worked in the ticket office, from the Jimmy Seed Stand, and has been converted from an old VHS recording. 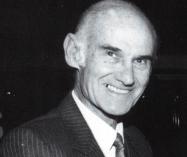 In August 2014 the health problems of one of Charlton's most distinguished ex-players, former Scottish international John Hewie, were the subject of an article published by the Boston Target. Hewie was interviewed in 1998 by Voice of The Valley's Rick Everitt in a piece which appeared in VOTV85 and is reproduced below. 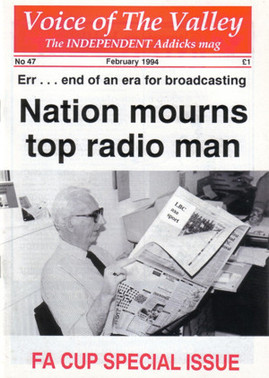 Voice of The Valley looks back 20 years to February 1994 in this first significant upload from its archives.

Two decades ago, Charlton had only been back in SE7 for 15 months and were still playing in a three-sided stadium, although the east stand would soon open. VOTV was already concerned with the pricing arrangements.

In the meantime, fans were angered by the club’s ticket sales policy for the FA Cup fourth round visit of Premier League Blackburn Rovers, which inevitably left some supporters locked out.

Topically, the club had recently published the results of a 64-question survey, issued in the Valley Review, then produced under the auspices of former - and now once again - VOTV regular Steve Dixon.

A share issue was in progress, there were reflections on - and a complaint about - the Back to The Valley Dinner at the Swallow Hotel, in Bexleyheath, and the lack of TV coverage, while Airman Brown had a sharp word or three for a long-forgotten rival columnist in the fanzine Remember, Remember - one Henry Irving.

Echoes Across The Valley was in its pomp, including a touching letter from a supporter who related the club’s kindness to her dying father. At the other of the scale, Jonathan Acworth had some suggestions for new signings . . .