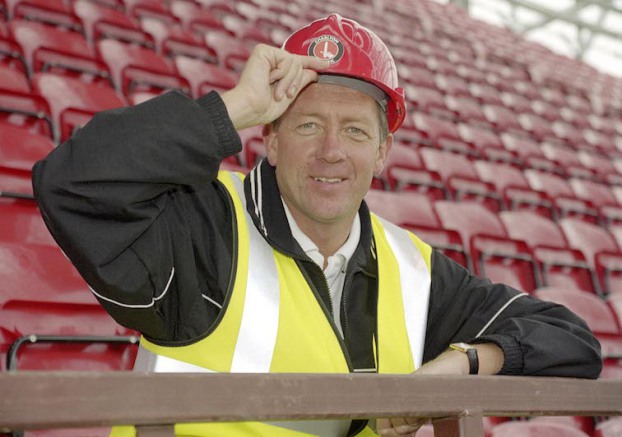 It's time to "stand up for Curbs", insists Varney

A fresh call for one of the stands at The Valley to be renamed in honour of long-serving former Charlton manager Alan Curbishley (above) has been made by ex-Addicks chief executive Peter Varney in the new issue of Voice of The Valley.

This summer it will be 30 years since Curbishley took joint charge of the Charlton team alongside Steve Gritt. After going solo in 1995, he went on to lead the Addicks to two promotions to the Premier League in 1998 and 2000. He kept them in the top flight for a total of eight seasons.

He left by mutual agreement on a wave of affection in 2006 but has recently returned to prominence as a regular part of the club’s Valley Pass Live presentation of matches.

Now Varney – who worked closely with Curbishley as chief executive from 1997-2008 - believes it's time for fans to "stand up for Curbs". He writes in new VOTV165, published on February 20th, that the honour ought to be a “no brainer” and that it is ownership issues at the club which have stopped it happening up to now.

“There should be a stand named after Alan at The Valley,” he says. “His achievements are every bit as good as Jimmy Seed’s and these are tributes that should happen to a person when he is alive, not dead.

"Curbs will never say anything on the subject, but he would love it.”

Currently, only two of the stands at The Valley have proper titles. Seed’s name was first attached to south stand, now reserved for visiting supporters, after it was seated in 1981.

More recently, the club decided to formally name the 2002 north stand “The Covered End”, a handle which had long been in common usage among fans and reflected the fact that from 1934, when its predecessor was built, to 1979, the opposite end of the pitch featured an uncovered terrace.

The 1994 east stand and the main, west stand, completed in 1998, remain known by their rough geographical positions, but either could be a suitable candidate for the "Alan Curbishley Stand".

The Valley already has a statue of legendary goalkeeper Sam Bartram, whose name is also attached to the entrance in Landowne Mews, and has designated one of the hospitality suites as the Keith Peacock lounge, after Curbishley’s assistant, who played for the club for 17 years.

Voice of The Valley first called for a stand to be named after Curbishley when the late Charlton statistician and historian Colin Cameron was honoured with renaming of the media lounge in 2015. Now it is backing this up with a petition to enable all Addicks fans to demonstrate to new owner Thomas Sandgaard the extent of continuing regard for Curbishley and the need to put this omission right.

Editor Rick Everitt, who was the Charlton news reporter on the Mercury from 1989-98 and subsequently communications director and head of club development throughout the rest of Curbishley’s tenure, said: “This is a win-win for the new owner. He can show that, unlike those who came before him, he respects and appreciates the club’s history and that he listens to fans not ignores them, while the cost will be minimal. This is also the ideal time to make the decison, before season tickets go on sale for next season.

“Curbs deserves this honour and I hope that as many people as possible will sign the petition to show Thomas how strongly they feel about it.”