Remembering the Valley Party, 25 years on

Some of the candidates and activists from the Valley Party gathered in the Charlton museum on Sunday, May 3rd, to mark the 25th anniversary of their intervention in the Greenwich local elections of 1990.

The party's 14,838 votes is generally considered to have been instrumental in persuading the council to accept a revised planning application for the stadium the following year, helping clear the way for the club to return from a seven year exile in 1992.

Later, VOTV editor Rick Everitt spoke about the campaign at the Player of the Year event, organised by the fans' forum, in the north stand lounge.

The Valley Party members involved would like to thank both the museum trust and the fans' forum for their support. 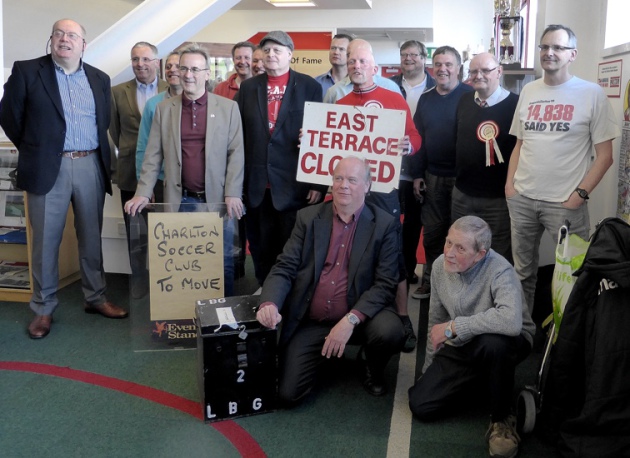