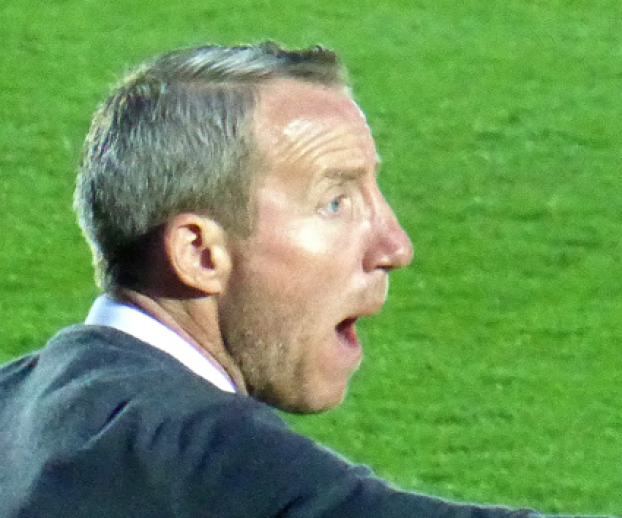 Take a bow, boss! You deserve it after Bradford

It’s barely 12 months since Charlton last won four league games in succession, which is the prospect that looms into view after the momentum-building 2-0 victory at Bradford City.

In fact, the Addicks’ results either side of the 2018 summer break are statistically inferior to those in 2017, when Karl Robinson’s team hoovered up 13 points from the final five games and then claimed 15 points from the first eight matches of last season.

By comparison, Lee Bowyer’s side took nine points from the final five games of the regular season in the spring and has so far notched up 14 in eight matches this term.

Remembering the inflated optimism that surrounded the Addicks last September might then be cause for caution. Whether the squad is stronger now is also open to discussion, but that didn’t look at all likely to be the case when the season kicked off six weeks ago.

The substantive difference, however, is surely the change of manager. Robinson’s reputation among Charlton fans ebbed and flowed with the results, but with hindsight his tactical limitations appear a defining limitation. It’s a conclusion that fans of his new club Oxford United, one place off the bottom of the League One table with a single league win to their name, would probably share.

What Robinson did do for Charlton, however, is recruit his own unlikely successor, much like Ken Craggs did with Lennie Lawrence nearly 40 years earlier. For different reasons, neither Lawrence nor Bowyer would have been expected to get the job from outside the club.

Neither went through a recruitment process. Each was handed the reins without obvious expectation they would be the one to take the team forward. They happened to be the Lee and Lennie on the spot – even if coach Johnnie Jackson would have provided a better joke.

The latest incumbent has had just 18 League One matches – plus the two-legged play-off semi-final and two minor cup games – to make his case, so firm conclusions may be premature. Indeed, it's only two matches since he was confirmed in post.

However, there is already a sense that Bowyer is the most suitable person to manage Charlton since Chris Powell – and, perhaps with the addition of Phil Parkinson, one of only three really cut out for the job from the 12 incumbents since Alan Curbishley left in 2006.

It obviously helps that Bowyer came through the youth ranks at Charlton in the 1990s, but that connection has been somewhat overstated given that he had had little to do with the club in the intervening 20 years.

More important has been the sense that Bowyer has been able to bring his experience of football at the top level to bear. He has also gone about his business with an impressive dignity – in contrast to some of his predecessors – without remaining completely impassive, as the Peterborough contratemps demonstrated.

He gives the firm impression of taking no nonsense, in contrast to a predecessor for whom nonsense was never more than a microphone away.

Bowyer showed commendable restraint in not overusing the young players in the opening weeks of the season or spending a shrunken budget on free agents to boost the squad quickly. He has since reaped the reward with some better-quality loan signings.

Indeed, the whole recruitment exercise has been impressive. There were just two Robinson recruits in the starting XI at Valley Parade, even though he’s been gone barely six months.

The team now looks better balanced and having scored just four times in its first five games - with one of those from the penalty spot - has now notched seven in the last three. That’s despite losing several more key starters to injury and international call-ups in that period. New striker Lyle Taylor has already scored five goals, and now in three consecutive matches, whereas top scorer Josh Magennis got ten in the whole of last season.

Bottom club Plymouth Argyle will not be relishing their visit to The Valley in the next match, albeit many Addicks fans will still fear the fixture is a banana skin.

With the takeover situation stuck in limbo, Bowyer has rendered a valuable service to morale simply by keeping alive hopes of promotion. Even if he doesn’t achieve that ambition, he may make a strong case for another club to take a chance on him.

A useful staging post could be the September manager of the month award. No Charlton boss has won one of those since Powell in February 2012. It’s not the prize itself that matters, but the fact that winning it would necessarily signal a superb sequence.

It’s early days, but this time around there seems a good chance the positivity generated by a September winning streak may realistically extend into the winter. That’s down to Bowyer and he should be applauded for it - by Charlton fans, regardless of any prize panel.