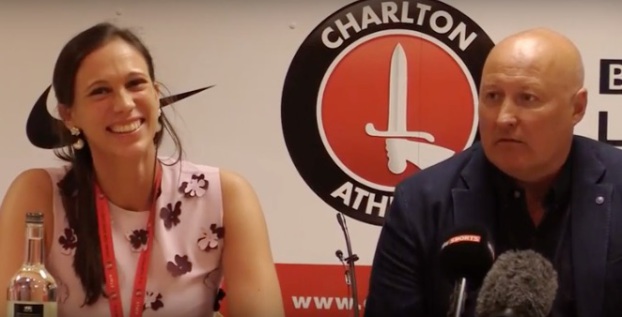 On Monday afternoon, November 14th, Charlton sacked the man they claimed marked a new start for the club only five months ago - Russell Slade. The 56-year-old former Leyton Orient and Cardiff City boss was dismissed just 48 hours after the team suffered its first defeat in six matches, losing 3-0 at Swindon Town on Saturday.

Hilariously, news of Slade's departure was announced by the Coaltion Against Roland Duchatelet on Twitter at 5.44pm, scooping the club itself, as well as the mainstream media. Nearly four hours later the club finally confirmed it long after the story was running on Sky, the BBC and the South London Press website.

In its entirety the much-delayed official statement said: "Charlton Athletic has today parted company with manager Russell Slade. The club has reluctantly made this decision after results this season, which have left the team occupying 15th place. The club wants to give itself the best possible opportunity of achieving its number one priority – winning promotion to the Sky Bet Championship at the earliest opportunity.

"The club would like to thank Russell for his tireless work during his time at The Valley, particularly the processes and disciplines he has instilled at the training ground, and wishes him well for the future. The club will make no further comment until a new manager has been appointed."

The absence of any attribution to the comments, with no suggeston of chief executive Katrien Meire or owner Roland Duchtelet taking personal responsibility, coupled with the lengthy delay, suggested an intense internal debate over the apparently bland content. Indeed, the statement was time-stamped 7pm, nearly three hours before it was  actually issued.

Update: contrary to its earlier statement, the club announced on Thursday morning that Kevin Nugent would be placed in caretaker charge for Saturday's match against Port Vale and that he would be supported by Simon Clark and "new addition" Chris O'Loughlin - who VOTV revealed in October had been at The Valley watching the home match against Chesterfield from the directors' box.

The Irishman has no experience in the English league and lasted less than 12 months in charge of the Belgian outfit, but is thought to have remained on the payroll of Duchatelet, who owns both clubs. The club says that he will not be the new manager, but then as even this week has shown it says lots of things that don't turn out to be true! 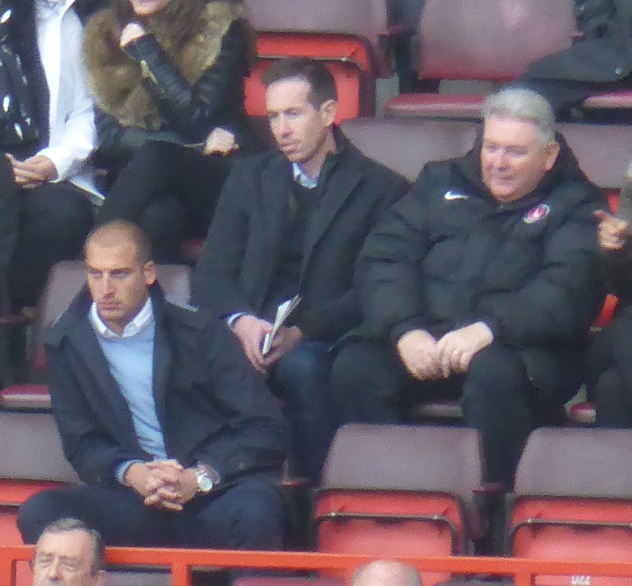 The credibility and authority of Meire, already close to zero, is reduced to dust by the end of a seventh managerial tenure in less than three years under her mentor Duchatelet. Searching questions must also be asked of the club's only other director, longserving Richard Murray, who does not even have Meire's career motive to slavishly adhere to Duchatelet's whims.

Slade's five-month tenure saw the Addicks win four, draw eight and lose four of their opening 16 matches in League One, while going out of the League Cup at the first hurdle to League Two Cheltenham Town. But the team performed strongly in its last home match - the FA Cup tie against divisional leaders Scunthorpe United - to win 3-1. Ignoring the nonsense Checkatrade Trophy the team was unbeaten in five before Swindon, but remained below halfway in the table.

The boss's tactics and substitutions had brought him significant criticism from fans, but most recognised that he was badly handicapped by a squad short on creative midfielders. Indeed, he was forced to play his final game at Swindon without an orthodox winger because of international call-ups and injury.

For most Charlton fans, Slade's departure will only serve to underline that this ownership cannot continue. Anyone coming in who is not already on Duchatelet's payroll would surely be unable to turn things around because of the Belgian's eccentric approach, and anyone who is on his books is unlikely to be up to the job anyway.

Slade's appointment followed the dismissal of Chris Powell in March 2014, Jose Riga's departure that May, Bob Peeters' sacking in January 2015, Guy Luzon's dismissal in October 2015, Karel Fraeye's axing in January 2016 and Riga's second exit in May 2016.