MATT WRIGHT broke the news that PR firm PItch were to provide Charlton's next head of communications in the December issue of Voice of The Valley, nine months after Mel Baroni walked out of the role because of an arbitrary intervention by owner Roland Duchâtelet. Here's his story from VOTV131.

When news broke that Charlton had hired a prestigious sports PR firm, it came as little surprise to those closely following the administrative chaos at The Valley.

You can’t dispute that the club’s reputation wasn’t in dire need of resuscitation.
But for all their trumpeting of affordable football at The Valley, Roland Duchâtelet’s decision to allow Katrien Meire to appoint yet more expensive consultants simply provides further evidence that the regime has no concept of value for money.

The owner’s obsession with the number of people employed by the club is well known; countless staff have been removed, or not replaced, to make relatively small salary savings. Yet at the same time, a League One club is employing one of the top sports PR firms in the country to repair its public image and lessen the damage repeatedly being inflicted on Duchâtelet and chief executive Meire by a resourceful group of volunteers.

A succession of other high profile, and expensive, temporary consultants have also trooped through the door – some more than once! – to provide outside help to the embattled regime. 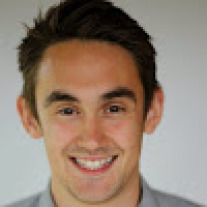 Pitch's Tom Rubashow, who has been working with Charlton for some time and will join the club staff in January

So let’s shine a light on the huge sums of money being wasted on short-term thinking that has led to everything from a drastic reduction in season-ticket holders and a collapse in programme sales, to a situation where the only main kit sponsor the club could attract was a minor betting firm.

I’m conscious some of the below is revisiting old ground, but a few examples of the regime’s short-sighted penny-pinching bear repeating, or need updating. Take, for instance, the sale of the matchday programme.

Judging that employing an experienced external matchday sales team was a waste of money, even though they took just seven per cent of their sales, Meire decided to sack the firm.

Unfortunately, she didn’t research the issue enough to learn that the company owned the sales units, and when they took them away, along with their P45, the club was suddenly lacking a key part of the means to sell the Valley Review just days ahead of a home game.

Meire’s response was to first ask the sacked firm if she could “borrow” their sales units, and when the answer was unsurprisingly negative, she embarked on finding a solution that took the best part of a year.

The ticket office subsequently took control of sales and, bringing things up to date, matters had finally returned to something approaching normality by the end of last season, albeit with significantly reduced sales due to some fans getting out of the purchasing habit and others determined not to swell Duchâtelet’s coffers.

Yet any progress was negated at the start of 2016/17 when responsibility for programme sales was handed to DNC, which took over the club's catering operation in 2014. Given DNC's poor Valley reputation since, it was no surprise that there have been only two external sales points at many matches this season, resulting in long queues and more frustrated supporters.

The regime seems to have spent a lot of time concentrating on the price of everything, while failing to comprehend the value of anything. This is perhaps best illustrated by the current season-ticket and matchday pricing, which actively incentivises fans to downgrade their seat, or to buy the cheapest tickets in a stand and then sit in the most expensive blocks. Then there’s Meire’s view that Valley Express ought to break even, regardless of the ticket revenue it creates. An £11 fare has slashed numbers using it – and it is still losing money due to more empty seats.

I’ve written before about the communications department. But it says it all that the club has hired three consultants – one of whom, Philip Dorward, has been employed twice – in the same time it’s recruited one head of communications. Mel Baroni lasted 45 days. Even allowing for Baroni’s tenure, the club has probably saved around £130,000 from not employing a head of comms for almost three years. But it’s hard to see how it hasn’t spent more than that on the plethora of consultants, even before you consider Pitch.

Such muddled thinking is also evident in the commercial department, where there has been one short-lived appointment after another – anyone remember Mark Hassan-Ali?

His friend, recruitment specialist Rachel Hawley, arrived in January 2015 with the grand title of commercial business strategy consultant and was given wide-ranging authority over staff, but then left abruptly after just three months.

The next high-profile consultant identified to transform the commercial area was Steve Brice, formerly head of hospitality at Arsenal. Unsurprisingly, he didn’t last long, and a further characteristic he shares with both Baroni and Hassan-Ali is that all have cleverly kept any mention of their time in SE7 off their LinkedIn profiles.

It was Hassan-Ali, incidentally, who was responsible for the ill-fated sex-based pitch-hire advert which was censored by the Advertising Standards Agency.

Never mind the club’s family values, this was defended by some due to the significant press interest it sparked. But crucially the costly enterprise generated negligible extra sales compared to two years earlier, when the pitch had last been in similarly playable condition.

As ever with the Duchâtelet operation, whatever the strategy is, it doesn’t make any sense.
You could understand a drive to cut costs and limit outgoings while targeting increased income, so why hastily turn down the potential of securing  season-ticket holders’ money five years in advance arguing that the club has no need due to Duchâtelet’s wealth?

The club has since lost 4,000 season-ticket holders. There’s little doubt some would have committed to a new VIP scheme when the old one ran out in the spring of 2015.
And if the money isn’t a big factor, why make such a big fuss when the committee that oversees Valley Gold decided to delay making one of its bi-annual donations, which prevented the club meeting its planned budget?

Why not spend a pittance more to employ a few more programme sellers to prevent long queues, and engender good will among your “customers”? It’s so basic it’s painful.
I should stress that the hiring of consultants need not be entirely a waste of money. Despite their likely lack of knowledge about Charlton, consultants can bring experience and expertise, two qualities sorely lacking in the current senior management team.
Yet the revolving door policy, which must be demoralising for the staff working at The Valley, means that there is no opportunity for any of this knowledge to be retained.

The consultant simply offers advice, gets ignored by Meire (by all accounts), and heads out of the door after a few months with a fat pay cheque. But maybe that’s about to change…
Returning to Pitch, the firm has been working for Charlton for some six months now, and the fruits of its efforts have been visible in some quarters.

It was they who pushed chief executive Meire to be interviewed by talkSPORT (under the condition that fans were unable to phone in with their own questions), and provided the briefing to Sky that led to the broadcaster parroting phrases such as “34 meetings with supporters” during the live match against Swindon Town.

And now it seems one member of the firm, Tom Rubashow, is going to pitch his tent permanently at The Valley by becoming the club’s new head of communications.

Due to start in his new position next month, let’s give him a chance. Mind you, he’s already made his Twitter account private recently, so it looks like he’s going to fit in at Charlton just fine.