Ex-directors left in the dark over takeover bids 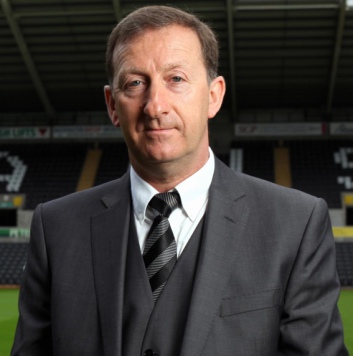 Neither of the parties who have said publicly they have been in discussions to buy Charlton Athletic has contacted the group of ex-directors challenging East Street Investments’ right to own the club in the first place, Voice of The Valley has been told.

However, it swiftly became clear that not only had no change of ownership been agreed, but even the identity of any new owner was mired in confusion.

Controversial former Watford owner Laurence Bassini went public with his interest in buying the Addicks from ESI over the weekend, weeks after a document purporting to be an agreement for him to purchase the club for £1 was first supplied to the media.

Charlton director Marian Mihail denied that ESI majority shareholder Tahnoon Nimer was selling to Bassini and this appeared to tally with a subsequent report that former Swansea City chairman and current director Huw Jenkins (pictured above) was the intended buyer.

Bassini then told Sky Sports on Wednesday that he was no longer pursuing the purchase of Charlton, leaving many with doubts that he ever had been. But Jenkins has also admitted that his interest has run into difficulties and that a 48-hour window to do the deal has now expired.

He explained to Sky Sports’ Ben Ransom: "It puts it very much in the balance and I'm led to believe there are a few very keen interested parties to do a deal. Charlton do have a number of things attached to the club with the current owners, past directors, and past owner, and all of those things still have a link to the club and cause a lot of uncertainty.”

However, three former directors - Derek Chappell, David Sumners and Bob Whitehand - who are ready to go to court over ESI’s purchase of the club in January heard nothing from either Jenkins or Bassini and are surprised that the former would rely on a second-hand account of their legal challenge, which they continue to believe is robust. They have also heard nothing from ESI.

A source told VOTV: “The patience of the former directors has been exhausted as neither party [ESI or former club owner Roland Duchatelet] has remedied their breach of the security documents. Therefore they have been left with no alternative but to procced with the application for the injunctive remedy.”

The three directors are collectively owed £2.65m dating back to 2009, but there are four other parties owed £4.35m on an identical basis. One of those, David White, has publicly endorsed the legal action but has not joined it. He is owed £250,000.

All the ex-director debt is secured by legal charges, which appear to prevent parent company Baton 2010 Ltd, still owned by Duchatelet, selling off CAFC Limited without repayment.

It is likely that the weekend activity was driven by the requirement to pay the players’ wages this Friday, with cash needing to be deposited in the bank today (Wednesday) to meet the payroll and other bills said to amount to approximately £400,000. Mihail has consistently said that Nimer would ensure funds were in place to meet such demands when they fell due.

However, Mihail also said as recently as May 15th that Nimer was not looking to sell the club and that the parties who had made an approach had been rejected, while Jenkins now claims to have been in talks to buy it for five weeks.

Most of the club’s non first-team staff has been furloughed, with 80 per cent of their wages being met by the government. The club is also believed to have deferred tax and national insurance payments, but there is unusual flexibility in these areas because of the coronavirus emergency.

Jenkins has said that he was willing to buy the club for a reported £1m and take on the existing purchase deal with Duchatelet, which includes an option to acquire the freeholds to The Valley and Sparrows Lane within five years.

It is understood that at least one other interested party would want to secure these immediately, which in turn might make it more difficult for them to complete a deal for the club quickly as they would need to engage with Duchatelet.

Anyone buying the club is likely to have to resolve the issue with the ex-directors, as well as satisfy the EFL, who are investigating a potential breach of their rules by ESI, and manage the uncertainty surrounding both Charlton’s league status and football’s short and medium term prospects in the light of the health emergency.