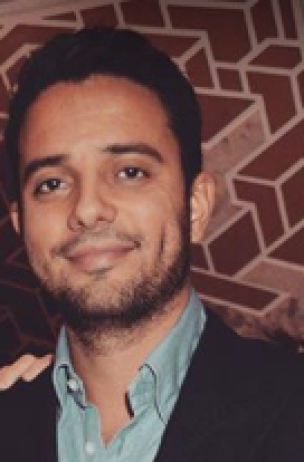 Former Charlton director Peter Varney and British investor Andrew Barclay are ready to end the crisis at Charlton Athletic with an offer to buy the club, as well as the freehold title to The Valley and the Addicks’ New Eltham training ground, Voice of The Valley can exclusively reveal.

The 28-year-old Barclay has no previous link with the Addicks. He is the grandson of Sir David Barclay, and son of Aidan Barclay, chairman of the Telegraph Media Group but has a business career separate to his family business. He has funds of his own after a career investing in technology companies and real estate. In 2018 he sold a stake in the online estate agent YOPA, which he co-founded in 2014 and is now the second largest estate agent in the country.

Barclay has been working closely with Varney, chief executive at The Valley from 1997-2008 and subsequently executive vice-chairman of the club from 2010-2012, for a number of weeks in order to put together an offer. But they have struggled to engage with current club owners East Street Investments, even as a range of other interested parties have emerged into the public domain over the last fortnight.

Varney told VOTV: “I have got to know Andrew well in recent months and I am confident he offers stability and the best future for Charlton.

“He recognises the need to get the legacy issues, including the ex-directors' loans, off the table and sees owning The Valley and working with the fans as keys to success. His interest is sporting, not property-based, and he has the financial clout to solve the club’s problems.

”Andrew is keen to do a deal. However, we need to be able to negotiate with the current ESI majority shareholder, Tahnoon Nimer, through his lawyer, and from there with Roland Duchatelet or his representative, which so far we have been unable to do.”

Three other parties have publicly confirmed their interest in buying Charlton in the last fortnight, although former Watford owner Laurence Bassini has since said he is no longer interested.

The former Swansea City chairman Huw Jenkins appeared to have lined up a reported £1.2m deal over the spring bank holiday weekend, but he has since expressed hesitation over the complicated range of background issues and worries about the club’s Championship status.

Earlier today, Sky Sports carried an interview with Fernando Corte-Real, who it said leads a consortium of Portuguese business professionals under the banner of Corporate Football Organisation Portugal, which claims to have made two offers to buy ESI.

However, all these parties appeared to want to purchase the club along with the existing commitments to landlord and former owner Roland Duchatelet, including an option to buy the freehold assets within five years, whereas Barclay is aiming to reset the situation entirely.

That in turn makes a deal more complicated, but all buyers face the obstacles of an ongoing EFL investigation into the January takeover by ESI, a potential legal challenge by a group of ex-directors, the threat of Covid-19 to ticket revenue and the risk of relegation.

It remains unclear how Charlton found the necessary funds to pay the players’ wages at the end of May, which had previously been acknowledged by the club as a looming problem.