Let's stop pretending - Nimer is looking to sell up 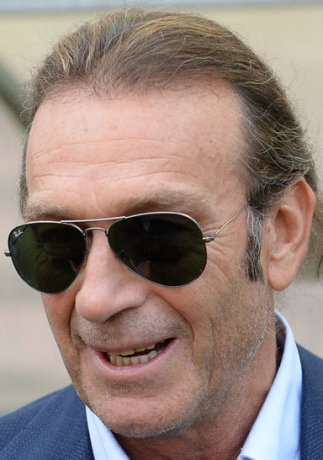 Whether or not there is any substance in the stories that former Leeds United owner Massimo Cellino (left) would like to buy Charlton Athletic, it’s time for stop pretending that the intentions of the current regime at The Valley extend beyond selling up in short order.

When the Evening Standard first reported a sale was being explored on March 25th, many fans were sceptical, suspecting it was just another development in the saga of claim and counterclaim from the rival camps behind January purchasers East Street Investments.

Despite denials at the time from Tahnoon Nimer’s lawyer Chris Farnell, however, nothing that the two Romanian directors appointed by the Syrian have said or done in the intervening weeks point to a long-term plan of any kind.

Remarkably, controversial Claudiu Florica has now passed the EFL’s owners’ and directors’ test, but both he and regular spokesman Marian Mihail have been quite open they are here temporarily to sort out the continuing mess left behind by axed chairman Matt Southall.
Neither have Nimer’s men been willing to engage with the legal action brought forward by three ex-directors looking to reverse the January sale of the club.

In the meantime, Voice of The Valley has spoken directly to multiple parties interested in acquiring the club and is aware of several others. These parties range from substantial and credible to tentative or disreputable, but the interest is there as Nimer will know.
The likely reason that Cellino’s name has surfaced is the known engagement of the former Leeds United chairman and banker Andrew Umbers, who leads a London-based firm called Oakwell Sports Advisory.

Umbers told me on April 30th that he was “trying to get to the bottom of CAFC and work out what the solution is to persuade a new investor and whether it is realistic”.

He previously served as acting chairman at Elland Road in 2014 during a period when the Football League suspended Cellino from exercising control over the Yorkshire club.

Also lurking in the background, although unlikely to be linked to Umbers, is the former Watford owner Laurence Bassini, another man previously banned by the EFL. He claims to be owed a seven-figure sum by the Addicks, although it is unclear how any such obligation was incurred.

By no means all the interested parties are tainted by past association with other clubs. However, they are all faced with a potentially insurmountable muddle of issues, ranging from football’s suspension and the risk of relegation, through the EFL’s investigation into the sale of the club to ESI and the ex-directors’ legal action, to outstanding liabilities to Roland Duchatelet and the separation in ownership of The Valley freehold from the club.

That’s before we get to the continuing claims of Southall, who retains a 35% shareholding in ESI and was last week reported by the Daily Mail to have received a visit from Lewisham police to recover two club Range Rovers still in the possession of him and his wife. Police sources have implied that there may be more to that story than has been reported.

It’s quite possible that Nimer feels he can use the variety of interest in the club to secure a payment for himself. Southall does not appear to be able to prevent a sale but would seem to be entitled to a cut of any proceeds.

In practice, that prospect is surely a fantasy. Any serious resolution of the issues will need the constructive engagement of three other parties – Duchatelet, the ex-directors and the EFL. That is unlikely to happen at all unless the buyer is highly credible.

The club is already running up PAYE tax and NI arrears, like many other businesses in this crisis, but without a cash injection it seems bound to struggle to pay the players at the end of May. At that point things will get more serious very quickly, whether or not the EFL has announced plans to resume the Championship.

Six months in, Nimer has still to satisfy the EFL about his funds and may also be on the hook for a guarantee to Duchatelet, although it’s uncertain whether or not that will prove enforceable.

His only obvious exit route is to find a buyer who can put all the parts of the jigsaw together. If he does that, he might just leave with his reputation, and finances, intact.

* Voice of The Valley understands that ESI-appointed chief financial officer Shaun McHugh has finally left the club’s employment this week, having been suspended since mid-March.