For Charlton the day of reckoning has arrived 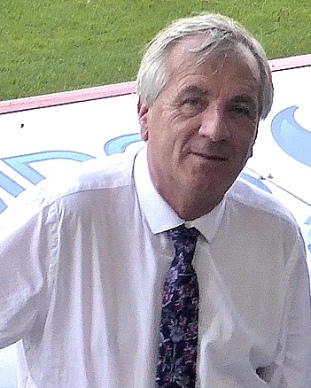 Peter Varney is trying to negotiate a Charlton takeover

VOTV contributor JONATHAN MILLER argues that the big beasts of Charlton’s golden years in the Noughties need to come together for one last stand to save the club.

Observing Charlton’s ownership over the past decade has been a bit like witnessing a footballing version of a Donald Trump presidency: so many outrages, so many disasters, such incompetence and such disrespect for your public.

I think it was Barack Obama, warning about the possibility of Trump winning the 2016 election, who said one of the main dangers of the New York tycoon’s ceaseless barrage of ignorance and insult is that it can instil in people an involuntary normalisation of such conduct and so a sort of unconscious anaesthesia takes hold.

In other words, if you get punched in the face often enough, you finally start getting used to it. We’re at that point with Charlton now.

When one pre-pandemic winter’s evening the Old Bill showed up at The Valley, amid talk of our new “executive chairman” being shown the door (much to his chagrin) soon after a spate of confidential documents purporting to indicate all manner of payments to the new ownership, and associates, had leaked into the public domain, social media was largely filled with dark humour and excitable consternation. The jaw-clenching anger and fury was apparent but not nearly in the magnitude you might expect.

Why? Because we’d already staged sit-ins, thrown projectiles and conducted mock funerals. Charlton fans had marched in protest in SE7 and in Sint-Truiden. We’d lived through the latter days of an increasingly impecunious Murray leadership, the syrupy, slimy Slater years and now the asphyxiation of hope under Roland Duchatelet.

If a little green Martian beamed down to the holy turf of our famous ground tomorrow and announced it was now taking over, Talksport’s Jim White would probably self-combust in excitement. But among our world-weary fan base, some sardonic Addicks would just comment on the rustiness of its star ship, its threadbare LinkedIn page and its lack of a “five-year plan”.

It’s safe to say we are truly right up there in the pantheon of global footballing basket cases and have been for some time. Many a Palace fan gleefully states, “Charlton, the gift that keeps on giving”: the days of that wholly regrettable phrase “enjoy the Championship you tosser!” seem an awfully long time ago. The fact Simon Jordan himself seems more of a friend to the club nowadays than individuals who at the time might have been contemplating being chiselled into the CAFC equivalent of Mount Rushmore speaks volumes.

Truly we find ourselves at the day of reckoning as a football club and as a viable business.
A deadly pandemic continues to rage around the globe, with developing nations almost inevitably the next major casualty, the economies of developed western nations set to shrink alarmingly and millions of Britons alone likely to step straight from furlough into the virtual job centre.

If the stories and accounts of unjustifiable consultancy payments to everyone from the football club ownership to Uncle Tom Cobley ring true, and add to the tales of eye-wateringly expensive apartment rentals and the acquisition of several £100,000 Range Rovers, then our club appears to be at the mercy of a coterie of individuals effectively asset-stripping a business with precious little left to asset-strip.

The stage is set for Peter Varney, Richard Murray and the former directors to save the day. Hatchets need to be buried, the greater good needs to be embraced and, perhaps, some small-time opportunists also need to be paid off and seen on their way.

An opening here, at half past the 11th hour, exists for Murray, and through him even Duchatelet himself, to aid the club, get agreed deals honoured and done, and then ride off into the sunset with some genuine gratitude and acknowledgement to accompany them.
The stakes couldn’t be higher. Now is the time for such high drama.

Stories of fall-outs in the Charlton boardroom eons ago have become almost apocryphal over the years and who knows where blame truly lies, if it lies anywhere at all. It takes class to offer a hand and say sorry. But I reckon both Varney and Murray would rather see CAFC owned by someone with more money than Delboy Trotter and once more tapping on the shoulder of our friends from South Norwood and saying: "We’re back and we're taking our rightful place as the biggest club in South London."

For years I used to sit a few rows back from Varney in the west stand, as many others have done. He’d choose to sit with the ordinary fans and not in the directors’ box. He will always be part of that fleeting dream team including Curbs and Murray himself. The man is a true Charlton Athletic fan and, not for the first time, he is offering the club he loves a form of salvation.

A “form of salvation” because nothing is ever perfect, football is an unpredictable beast, good ideas turn bad, and at times we all have to set aside our deep-rooted belief systems a little to live the dream and enjoy the ride. It is a drug, a stimulant and a shapeshifter. But the fact Varney has presented a seemingly willing investor in the form of Andrew Barclay, a member of a substantial British business family, when so much uncertainty underpins all that we do day-to-day, most definitely symbolises the only lifeboat for Addicks to swim to right now.

I don’t think any single major investor, particularly with the size of footprint of the Barclay family, can please all of the people all of the time. For instance, I am not a big fan of his family’s major print titles as they are diametrically opposed to my own natural political leanings, but in the Middle East I once worked as an editor and journalist for a publishing house headed up by former Murdoch right-hand man Andrew Neil – hey, we’ve all got to eat, right?

If Andrew Barclay, through the mutual cooperation of some big names of Charlton’s recent past and present, can take over and offer us a genuine way forwards, he gets my sincere appreciation, full support and commitment. He may genuinely represent Charlton’s future and he stands a far better chance of that turning out well than the likes of either Kevin Cash or Tahnoon Nimer ever did.

An expression that has picked up ever increasing traction as we have lurched from calamity to calamity has been the desire to “get our Charlton back”.

If a Charlton fan of 60 years standing, who has presided over some of our finest moments and who has teamed up with an investor who would be the envy of many a club, cannot coalesce a fervent sense of togetherness and unity among fans, from ordinary Joes like me to former movers in the boardroom, at such a grave point in our history and in the wider world, then maybe we just don’t deserve saving.

There is a way through this malaise. Let’s hope the major protagonists find it.