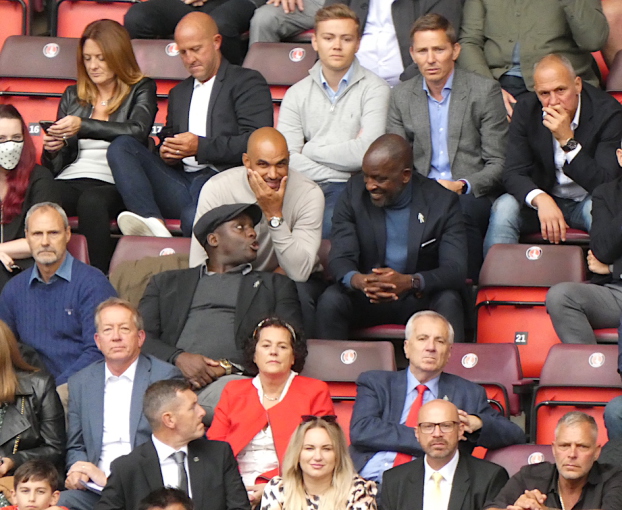 I have lost count of the number of times I have been asked over the years what the input of a chief executive is to player recruitment at a football club. Many fans tend to think the chief executive has no meaningful role at all, so let me try to explain what I believe should happen.

In my view, it is the role of the chief executive and board when appointing a first-team manager to be absolutely clear on what the manager’s football philosophy is and what formations and tactics he intends to deploy. You need to be convinced he has studied the squad of players you have and identified those he believes have a role going forward and those he doesn’t.

From there it is important to sit down and plot out the characteristics of the players in each position in the team, so that players who are recruited and those players you are retaining fit the requirements set.

Managers and coaches have enough on their plate organising coaching sessions every day and keeping the players sharp and making the sessions varied and fun. They also have to work on the assessment of the upcoming matches and identifying the strengths and weaknesses of the opposition and getting that across to the players individually and collectively. Then there is liaising with the medical team on the fitness of the players and other staff on all the football related aspects of a club.

It is so important that this area is right (it is the biggest expenditure the club makes) that I believe the chief executive should chair the recruitment meetings and ensure that the players being targeted fit the requirements set and that everything is followed up immediately. That should include negotiating with other clubs (an art form in itself), researching the player and his history, finding out about his home life and background, checking the internet and social media for anything negative or positive, looking closely at his playing statistics, looking on fan forums to assess supporter feedback about a player and much more.

No stone should be left unturned, and every piece of information should be fed into the recruitment meetings. This will bring you to a top three in each position and that will constantly change as new information is fed into the meetings. Players make their decisions in January about their summer destination, so it is important to start work early. Late recruitment is often the path to failed signings as it becomes about what you can get, not what you want.

What I always did was to break down the playing budget made available by the owner into the proposed wages for each position, so the manager knew that if he went over in one position, he needed to save money elsewhere. That ensures there is absolute clarity for everyone in the process.

Whichever team you support, you so often hear of players signed that don’t fit into the manager’s style of play, or they don’t want to be at the club or are not selected as they don’t work in the formation the manager wants to play.

At many clubs it is the sporting director who decides who to sign and the manager is told simply to coach them, even though it may be it is a player he doesn’t want. That approach breeds resentment with the manager, who in the eyes of the fans is the man to be sacked if the results on the pitch are poor.

Once the squad is assembled the chief executive should make sure the players feel that they can approach him or her with any off-the-field issue and know they will be helped. That in itself makes them feel good about the club and that will ultimately be reflected in performances on the pitch. By doing this, you create a culture that in itself breeds success.

In my time in football, those who bought into the above process were successful. Those who didn’t failed. Don’t forget, it is the owners who ultimately pick up the tab for a failed recruitment strategy, not the staff, not the players and not the fans, although the latter suffer emotionally.