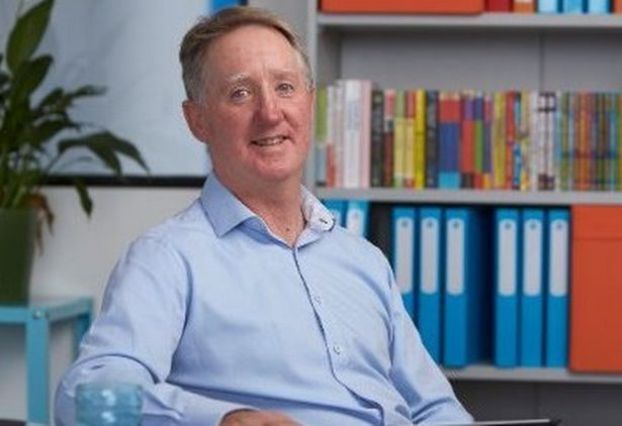 Gerard Murphy of the Australian Football Consortium, which was first linked to buying Charlton in April 2017

Roland Duchatelet changed the terms of a deal he had previously struck to sell Charlton Athletic in the aftermath of the club’s last-gasp win at Wembley, according to the Australian-led consortium that has been trying to buy the club for two years.

Duchatelet’s point man Lieven De Turck told the club’s fans’ forum as recently as April 25ththat the club had agreed prices with three separate parties, including the Aussies, and while the deals were not the same they would not change based on promotion.

They then intended to move forward with their deal. But our source claims that when they tried to do so they were told that they would now be additionally responsible for settling the £7m outstanding ex-directors’ loans, with the £2.65m owed to Derek Chappell, David Sumners and Bob Whitehand identified to them as a particular problem.

That’s on top of what the source says is an agreed price of £33m. Previously they had expected Duchatelet to settle the loans. Indeed, De Turck told the fans’ forum as long ago as last July that “there are no issues with regard to former directors’ loans” and that the only issue holding up the Aussie deal was EFL approval.

As a consequence, Murphy made contact with the ex-directors named above for the first time at the start of last week and an offer was made to buy the loans out for half their face value, which was rejected. They were then offered 25% in return for the surrender of their charges over the assets, but with the balance on promotion to the Premier League. That would leave the remaining 75% as unsecured debt, with a significant risk that it would be wiped out if the club got into financial difficulties.

Voice of The Valley has also been told that the ex-directors were warned that if they did not come to a deal then they would be publicly blamed for blocking the sale of the club – despite the fact that half their outstanding loans would amount to £1.33m, significant to them but loose change in the context of the sale of the club and funding required for Championship football.

That warning seemed to be realised in the shape of Duchatelet’s website statement on Friday, which thanked the other four loan holders for their co-operation – and directly contradicted what De Turck had said in the fans’ forum minutes last July.

But even that formulation was undermined when one of the four, David White, immediately tweeted that he hadn’t been made an offer.

We are also aware of other attempts last week to spread the word among fans that the three ex-directors were the cause of the hold-up, in what appears to have been a concerted attempt to force their hand.

The episode begs a number of questions, including the large discrepancy between the £33m price and figures quoted to other potential purchasers in the last year, and indeed to larger offers not progressed. We continue to understand that an approach worth £45m was turned away and that that interested party was quoted £72m.

Duchatelet himself refers in his latest statement to the price reflecting high land values in London, albeit without acknowledging the planning and physical constraints that severely limit the residential redevelopment potential of The Valley.

Equally, other parties believe the club can be bought for around £33m. The identity of the former banker reported by the Evening Standard in March to have offered £30m is widely known. The individual concerned is understood to have shown interest in Charlton some years ago via former director Tony Jimenez, but he is currently involved at another Championship club and the substance of his interest now has been hard to verify, which is why he has not been named publicly.

A possible explanation for the financial discrepancy is contained in De Turck’s minuted remarks to the fans’ forum in February. He was asked if Duchatelet “would benefit from future promotions” and said that “he would in one of the deals”.

That could mean that a further payment would be secured by leaving some of the existing £61m debt to Staprix (the figure in the 2018 accounts, which will have increased in 2018/19) on the books.

As the ex-directors said in their statement on Sunday, they have no power to block a sale and are content to leave their first charges on the assets in place, as they have in the last two changes of ownership. One reason they might need to be removed is if Duchatelet wants to attach his own charges above them. However, the Aussies have always said that they want clean title themselves. Another is that the buyers may want to borrow against the assets themselves.

What is evident from last week’s events is that, regardless of Duchatelet’s statement, moves to acquire Charlton stepped up in the aftermath of the Wembley play-off. It should not be assumed that this renewed activity is confined to the Australian group.

With manager Lee Bowyer’s contract still unresolved and the manager going on record via the South London Press to confirm that Charlton will “have the smallest budget in the league, for sure” the club has rarely been in more urgent need of a change of ownership.