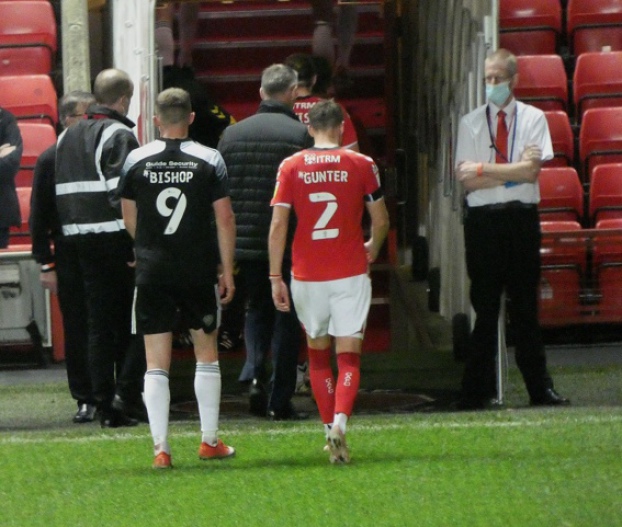 Nigel Adkins’ seven-month spell as Charlton manager came to an inevitable end on Thursday morning after eight defeats in the team’s opening 13 League One matches.

Tuesday night’s 3-2 home defeat by Accrington Stanley was just the final straw after a season start so poor that it has left supporters contemplating the previously unthinkable possibility of relegation to the fourth tier.

Adkins has to take a large measure of responsibility for that and his departure will have the near-unanimous approval of Charlton fans, who had jeered him in recent weeks. But how quickly it now leads to a sustained improvement in results will play a big part in how his role in the latest debacle is assessed. The Addicks will hope to benefit from “new manager bounce”, if not at Sunderland on Saturday then a week later when bottom club Doncaster Rovers are due at The Valley.

Charlton were very poor on Tuesday night, and were gifted their two goals. Mixed in with disbelief over recent displays, however, is the suspicion that there is something much deeper wrong at the club. How else to explain Adkins’ own remarkable decline in performance, after losing just one match in ten at the end of last season?

It is conceivable that the 56-year-old’s thinking had been overtaken by that of younger managers and that he initially benefited from the set-up he inherited from Lee Bowyer in March, but recent displays have been so pitiful that seems unlikely to be a complete explanation.

The immediate spotlight will fall on caretaker boss Johnnie Jackson and first-team coach Jason Euell, who is assisting him, but larger questions are now being asked about the role of technical director Ged Roddy, director of football Steve Gallen and owner Thomas Sandgaard. All were heavily involved in the significant summer recruitment, which saw the arrival of a dozen new faces and at this point must be judged a failure.

A sharp improvement in the team’s fortunes over coming weeks will probably be enough for Adkins to shoulder much of the blame, but the way the team has been set up so far seems to have been as much a collective decision as the individuals brought in to fill the typical 4-3-3 formation.

On a more optimistic note, there has always appeared to be more ability in the squad than the team’s precarious position in the bottom four would suggest. It was Adkins’ inability to find and stick to a preferred 11, a settled midfield or even a regular back four which left the impression of a lack of clarity in the thinking of the club’s leadership. Choosing four captains in six matches underlined the instability.

The players are certainly not blameless, but it is hard to believe they had any confidence in what they were being asked to do by the end of Adkins’ tenure, which was obviously not working and hadn’t been since the start of the season.

Sandgaard delayed what had long been inevitable until after the 13th game, which is time enough to achieve the modest ambition of securing the club’s League One status. But as Charlton demonstrated in 2006/07, when they fell out the Premier League, an autumn change is only effective if the right replacement is chosen. The owner must also decide how much of a change to make. That in turn will depend on how he believes the club got to this historic nadir in the first place.

At this point it would be hard to locate responsibility principally with his predecessors. The club was badly led for many years before his arrival, but this was Sandgaard's third transfer window and his own choice of manager.

With 26 games in all competitions under his belt, Adkins is by no means the shortest-lived incumbent in the Valley hotseat, with Iain Dowie, Karel Fraeye and Russell Slade all being ejected from it more quickly in the last 15 years and each of Jose Riga’s two spells being shorter if taken separately.

Adkins’ departure is the earliest chronologically by a Charlton manager in any season since Bob Stokoe was fired in September 1967, beating Guy Luzon’s dismissal in 2015 by three days. But Dowie only lasted 12 Premier League games, collecting eight points in the process.

One statistical oddity is that Adkins leaves with a better record over his first 23 league games than Valley hero Chris Powell. Powell had a similarly impressive start of four straight wins, but by the end of the 2010/11 season had only clocked up two more plus six draws – 24 points in total. Adkins has seven wins and seven draws from the same number of games, yielding 28 points.

Of course, Powell then got to build his own team and stormed to success the following season. Adkins might argue that he never got that opportunity.