Bowyer unable to hold back the tide of defeat 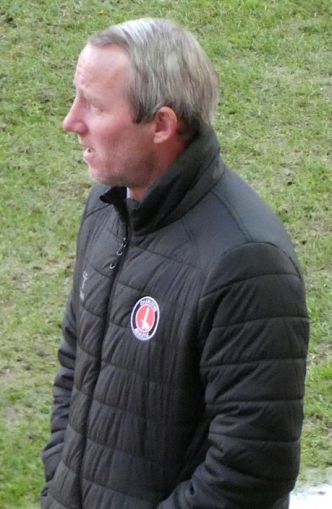 Half-time break: Bowyer on the sidelines against Blackpool

Midway through the half-time interval of Charlton’s eighth successive League One home match without a win, Lee Bowyer was spotted standing in the technical area in front of the home dugout.

It’s unusual for a manager to spend the break anywhere other than the dressing room, but perhaps the Addicks boss felt the need to put some distance between himself and his team.

Given what had happened in the first period – and was about to happen in the second – that might be a more permanent situation very soon.

Perhaps Bowyer just felt the need to do something different. This was the eighth time in nine home games in which Charlton have trailed at the interval. After coming from behind to beat Wimbledon on December 12th, they have managed draws against Plymouth Argyle, Swindon Town and Rochdale, but lost to Accrington Stanley, Portsmouth, Gillingham, Burton Albion and, now, Blackpool. The last four defeats have come in succession.

All the visitors have scored at least twice. Since beating the Dons, Charlton have earned more red cards in SE7 than they have secured points. Two more accrued against Blackpool, with Darren Pratley’s second yellow shortly after half-time a stupid indulgence from a seasoned professional which hardly suggested he deserves the captain’s armband.

Equally, Bowyer should have included him in four changes made at half-time, because along with central defender Deji Oshilaja, who had been pointlessly cautioned in the Blackpool half before the 30-minute mark, the risk of Charlton going down to ten men was obvious.

Still, it would be unreasonable to say that Pratley’s dismissal, or the straight red shown five minutes from time to Chuks Aneke, reducing the Addicks to nine men, affected the result, because Charlton were hopeless from start to finish against the Seasiders. Evan at the time, the interval substitutions looked like the proverbial rearrangement of deckchairs on the Titanic.

The recipe for defeat is now a familiar one. There is the poor goal conceded through the right side of the defence, in this case a foul by a struggling Oshilaja leading to a penalty. There is the home goal disallowed for offside, which turns out not to be offside at all. And there is the wonder strike from outside the penalty area, which everyone stands back and admires, including the players who should have closed down the shot before it happened.

Clearly, Bowyer can’t be to blame for incorrect refereeing decisions. The problem is that when the same organisational weaknesses are exposed game after game, the management’s failure to address them becomes ever more glaring, and an obvious opportunity for the next set of opponents.

It’s all the more baffling when by common consent the squad emerged strengthened from the January transfer window by the loan additions of the impressive Jayden Stockley and the talented Liam Miller. Yet results have got worse.

The case for the defence – of Bowyer, not the hapless Addicks rearguard – now rests heavily on history, sentiment and, oddly, a very respectable away record, which has seen Charlton collect ten points from their last five matches on the road.

It’s hard to know whether the absence of fans from The Valley has contributed to such an extraordinarily poor run of home form or is all that is keeping him in a job, because they would certainly have made their feelings known if present.

The fact that Bowyer got Charlton promoted in 2019 despite having to deal with the bonkers Belgian, Roland Duchatelet, and then endured the East Street Investments interregnum while retaining his dignity and focus is hugely to his credit. Nobody wants to see him fail. He remains popular and respected. But he is failing.

The argument that Chris Powell survived a similar disintegration in 2010/11 then went on to extraordinary success the next year is unpersuasive. Powell was a newly appointed and inexperienced manager, with hardly any players that he had brought in himself. Most who were there were set to leave and knew it.

If Bowyer’s players are not performing for him then he has to take some measure of responsibility, because most arrived under him. And at times they have done well for him, notably in six straight wins and recording six straight clean sheets during the autumn. So we know they are better than this. Something else is wrong.

It is fair to point out that the circumstances of the summer were extraordinarily difficult and that the salary cap remained in place in January. That might justify why Charlton have found it difficult to compete on equal terms with Sunderland, Hull City, Portsmouth and Ipswich Town. It doesn’t really explain why they are also below the likes of Lincoln City, Accrington Stanley, Oxford United and Crewe Alexandra.

Sometimes managerial tenures just descend into a crisis from which the only option is to put the incumbent out of his and everyone else's misery. Indeed, their continuation is often little more than an unspoken negotiation of the terms of departure.

Bowyer signed a three-and-a-half-year deal in January 2020 believed to be worth £700,000 a year at the time, making his removal a relatively costly exercise on a League One budget, although as he made clear himself such contracts are rarely paid up in full.

New owner Thomas Sandgaard is now facing a test of his own - not so much in making a decision which results have probably rendered inevitable already, but in having to appoint a credible replacement. Rumblings about friction between Bowyer and technical director Ged Roddy do not help.

Sandgaard is also becoming exposed to the risk of looking weak and indecisive if the team continues to flounder. It may help that Charlton travel to Wigan Athletic and Oxford before they play at home again, but their four final opponents at The Valley in April and May are Lincoln, Ipswich, Peterborough United and Hull, all of whom are challenging for promotion.

With 44 points from 31 games it’s difficult to see the Addicks getting relegated, which would be catastrophic, but they could be battered badly in the final weeks unless the situation is stabilised before then.

Unfortunately, it’s very hard right now to see Lee Bowyer being able to do that. It’s also increasingly difficult to sustain the argument that he should get the chance.