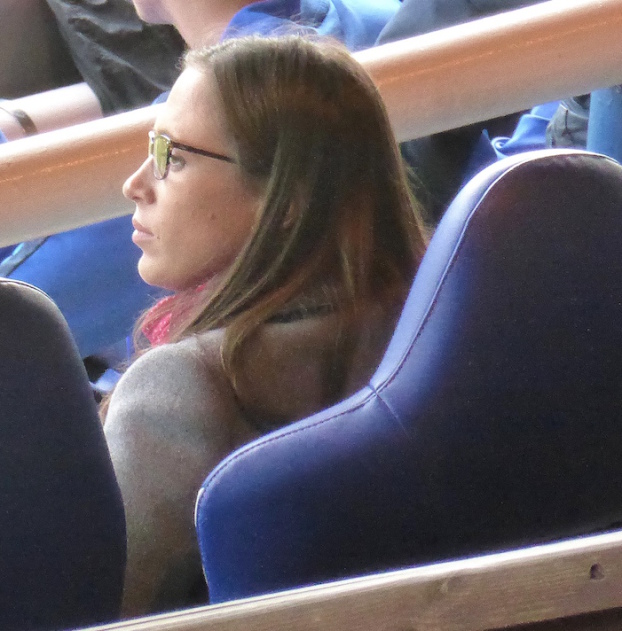 Denials: Meire told fans the club was not for sale days before details emerged of apparent negotiations to sell it

A glimpse of sunshine comes from Down Under

The pre-emptive denials were ill-judged and unbelievable. The story, when the Daily Mail released it on its website soon after 7pm on Wednesday, had sufficient detail to be well beyond any claim of invention by tabloid journalists, whatever your take on the newspaper in question. And it all left Charlton chief executive Katrien Meire, who had told two groups of fans four days earlier that the club was not for sale, looking disingenuous yet again. It must be in her job description.

The long-awaited news isn’t all good, however. The Mail has uncovered plans by an Australian consortium to buy the club and Sparrows Lane, but only lease The Valley. It isn’t clear from the story that they have owner Roland Duchâtelet’s reported £20m asking price for that, never mind the resources to cover future transfer fees and operating losses. There is worrying mention of Charlton acting as a “feeder club” for Australian talent – although feeding whom is unclear.

The larger question is why this story has appeared now and whose interest that serves. In any case, it provides a reminder that there are risks as well as opportunities in the change of control that nevertheless remains the club’s only realistic route to recovery from what still looks likely to be its worst Football League finish since 1926.

In particular, separation of the ownership of The Valley and the club is a red line few would want to see Charlton cross again. It was this divorce, when Michael Gliksten sold the club but not the ground to Mark Hulyer in 1982, that led 18 months later to the football company being wound up in the high court, and then in 1985 moving to Selhurst Park.

And yet the devil is in the detail. The 1982 lease had punitive terms; the 1984 one with Hulyer’s successors excluded two acres of The Valley. And the ground itself needed millions spent on it just to remain in use, which is not the case today.

Neither is The Valley open to the same kind of ancillary commercial development as Stayen, the home of Duchatelet’s Belgian club, where football now appears almost an afterthought. There are formidable planning and practical obstacles in SE7, including the militant opposition of the Charlton fans.

This consortium may not have the money to buy The Valley or, given its origin in a more footlose sporting culture, be convinced that this is necessary. It is just as possible that Duchâtelet sees retaining the stadium as means to ensure he can ultimately recover the tens of millions he has loaned the club – and largely wasted on unsuitable players.

That might be through rent and complex commercial agreements, as at Stayen, or it could simply be in terms of a deferred purchase price payable on reaching the Premier League. Any deal is likely to include a premium at that stage; linking the ground to it would protect him against a new owner failing to fulfil such ambitions.

By comparison there are few potential revenue streams attached to the Sparrows Lane training ground, but both sites would be difficult to redevelop extensively for profit. The one at New Eltham is protected as open space, while The Valley also presents difficult access issues. Any substantial residential development would be likely to require a significant tunnel under the adjacent railway, which would be operationally difficult to construct, as well as costly. It may or may not be significant that the company’s fixed assets were revalued upwards by £11.5m in the recently published 2015/16 accounts.

As for the potential purchasers, the Australian Football Consortium Limited (AFC) was reportedly registered with the the Australian Securities and Investments Commission in April 2016 and states its aim is to “acquire an underperforming English football team and elevate it to the English Premier League”. So far so good. Ambition has been one of the missing pieces from Duchatelet's haphazardly assembled jigsaw.

They were said to be looking for 55m Australian dollars (£33m) in investment, promising “attractive returns” on promotion to the Premier League, although it’s unlikely such an amount would cover the purchase price, operating costs and necessary transfer budget for two seasons, never mind the five-year plan they envisage. That would be a more serious concern were it not for the fact that Duchâtelet is unlikely to have entertained talking to them in the first place without a more substantial proof of funds. A post on the Charlton Life website subsequently suggested they have at least met Meire.

It is less obvious how AFC would be able to overcome potential work-permit issues in order to allow Australian footballers below international level to play professionally in England, albeit Brexit has plunged the whole question of overseas players into a period of flux.

Whether this consortium progresses - and whether it is even desirable that it should - remains to be seen. The Mail has suggested that some due dligence has taken place - matching my own understanding from other sources - and that a period of exclusivity is currently in operation, but it is certain at minimum that others are watching on. This may turn out to have been, if not a stalking horse then at least a highly convenient kangaroo.

Save for a very specific, detailed and plausible rebuttal of this story from the club, however, Meire’s “not for sale” mantra has been blown away. A new game has begun.