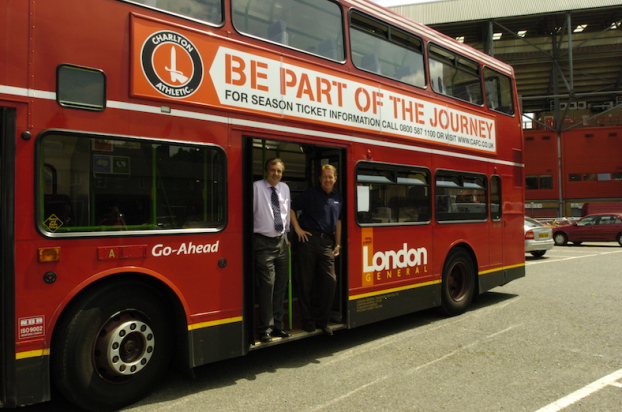 We live in a world now where people in positions of leadership see propaganda as a tool to use and for some the truth is irrelevant. When asked if there were parties at Downing Street, Boris Johnson responded by saying there were no parties even though he clearly attended some. Photographic evidence became his undoing.

Closer to home for me, the Charlton owner Thomas Sandgaard has drawn comparisons this week about how the club was run in the Premier League years to the running of Derby County. This is offensive in the extreme, not only to me but to the directors and staff of the club at the time.

Over £25m was invested through nine share issues and most of it by the directors. They then backed a £7m loan scheme in 2009, which saved the club from administration, and that forms the ex-director loans of today that are only repayable in the Premier League and over a five-year period.

They backed a business plan that sought to rebuild The Valley at the same time as invest in the team and grow the fanbase. My staff at the time worked as a team and their commitment to the cause was outstanding. Many worked unbelievable hours to grow the commercial and communications side of the club from a low base and they did so, at least initially, from cold and damp Portakabins.

From a standing start, we built a £3.2m conference and banqueting business generating a 40% profit margin. The Valley was a hive of activity on non-matchdays. We secured record sponsorship deals and fans backed initiatives like the north stand patrons scheme and five-year season tickets. We established the Charlton Athletic Community Trust, with the backing of the board, and grew it significantly. It became a significant marketing tool for the club and still is. We grew the international fanbase.

Our construction contracts at The Valley were managed to come in below budget. At one point, we had the maximum allowed 21,900 season-ticket holders. Other clubs like Bournemouth and Swansea City came to The Valley to seek advice on how to grow their clubs from a League Two base.

The supposed £100m operating loss over two decades before 2014 that Sandgaard quotes is ridiculously false. In fact, Charlton made a small net operating profit from 1992 to 2005 and an actual net loss of £5m over the same period. But of course it now has fans talking about that rather than the current state of the club.

I worked for Charlton from October 1997 to January 2008 and then from January 2011 to July 2012. Everyone who worked so hard in those periods will be hurt by these false statements.

We never over-promised and we never lauded our successes until they happened. I respectfully suggest the current regime takes a leaf out of that book.