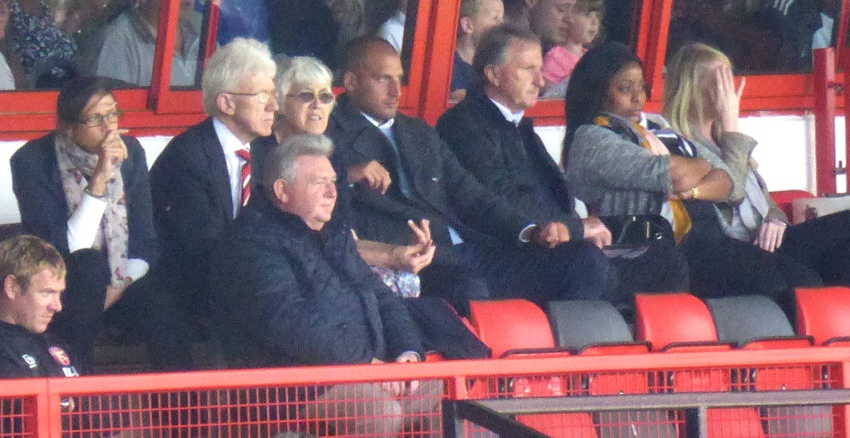 Failing Charlton chief executive Katrien Meire has put herself forward for election to the board of the Football League (EFL), Voice of The Valley can exclusively reveal.

The move comes just weeks after Meire was elected without competition to represent League One clubs on the FA Council.

However, she is likely to face an uphill struggle to secure the votes of Charlton’s fellow League One clubs, especially after she failed to attend Thursday’s EFL meeting in person, with club secretary Chris Parkes representing the Addicks.

Since arriving at The Valley in 2014 Meire has made a string of PR gaffes and overseen a significant haemorrhaging of support, with season-ticket sales down 40 per cent this year alone, while her truthfulness has been called into question by some supporters.

There was significant disruption to Charlton’s final home matches by protestors before relegation last May, with thousands marching on The Valley calling for a change of ownership and her departure, while initiatives she personally promoted such as the “Fans’ Sofa” and a house music DJ in a club bar have been widely ridiculed.

In June she used a press conference to announce the appointment of new manager Russell Slade to assert, falsely, that a takeover bid being front by former chief executive Peter Varney would involve a move away from The Valley.

Varney attempted to take legal action, but was eventually advised by lawyers that his case for defamation was unlikely to succeed because fans did not believe Meire.

Ideas she has previously promoted at Football League meetings - and could revive if elected - include moving match kick-offs to Saturday evenings, although this found no support from other clubs.

The 32-year-old lawyer had no previous management experience when she was appointed by new owner Roland Duchatelet as Charlton chief executive in 2014 and only a few months’ professional involvement with the game, which was not in Britain.

And Meire’s election might also provoke a response directed at the EFL from disaffected Charlton supporters.

She was recently named as one of the judges for the annual Football Business Awards at the Emirates Stadium in November, prompting fans’ group Coalition Against Roland Duchatelet to plan to picket the event.

The result of the EFL board ballot of League One clubs is expected at the end of next week.