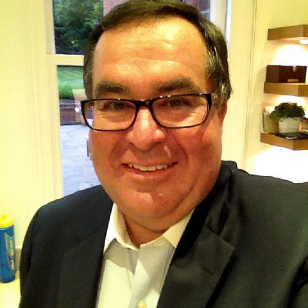 One helped pay for the Sam Bartram statue and, when Clive Mendonca was hard up, bought the legendary striker’s medals and famous hat-trick ball to display in the club’s museum. Another tries to encourage the next generation of supporters by regularly bringing dozens of kids to The Valley.  A third helped pay for the team to go on a mid-season break during the 1997/98 play-off final campaign and refurbished the boardroom for free when the club was short of money, while a fourth travelled the length of the country to commentate on matches.

So what connects all of the above fans, other than that they have frequently been prepared to do much more to support their club than simply turning up on a matchday? It’s that none of them will now lift a finger for the current regime.

This is the huge contradiction that lies at the heart of the present conflict between the owner and supporters. Central to Roland Duchâtelet’s strategy, we’re told, is the necessity for Charlton to strive to be a “break-even business”. Hence the focus on Financial Fair Play, the development and prospective sale of academy players, and the implementation of a variety of matchday initiatives. But if that’s the case, why are so many obvious business mistakes being made?

Don’t take my word for it – listen to John Hayes, Charlton fan and chief executive of Axis Europe plc, which has a turnover of around £135m.
“Charlton used to feel like we were all in it together,” said John. “Now it’s them and us. I’ve done a lot for this club, which I’ve never minded because it was a way for me to make a contribution. It was all for the greater good. But I’m not prepared to do anything for the current regime.

“Let me give you an example,” he added. “We used to sponsor the tunnel – you may remember the board on the way to the pitch? Over the summer my PA got an email from the club asking if I wanted to renew the deal – they didn’t even bother to phone me. I told them no, and didn’t hear anything more. Then, in mid-September, they emailed my PA back to see if I had reconsidered what they were calling ‘an exciting sponsorship opportunity’. So exciting, they were still looking for a sponsor six weeks into the season.

“My company has painted the steps at The Valley, inside and outside the stadium, more times than I can remember, and we even did them for free the last time because I promised the club we would if we got promoted. We also refurbished the boardroom free of charge under the Jimenez regime – that was £15k – but I haven’t had any conversations with any of the new people, ever.”

Of course, one argument is that Duchâtelet’s immense wealth means Charlton no longer have to rely on such contributions from supporters. But this goes beyond that. In many cases the club’s actions are deterring some of its most committed fans, who have invested large sums of money over a sustained period. If the ambition is to break even, surely that makes no kind of business sense. It’s similar to refusing to talk to Peter Varney, even if only to find out what investment he was offering. What harm would it actually do?

“In 1998 Peter walked into a lounge and said Alan Curbishley wanted to take the players to Spain for a few days’ break midway through the season,” recalled Hayes. “Five of us stumped up five grand each and we had a great few days – and obviously the club went on to gain promotion to the Premier League. We felt like we’d done our bit to help. The owners talk about the club’s history a lot, but within the stadium they’ve taken down most of the pictures of old teams in the corridors. Their actions show their words are meaningless.

“As a business, you couldn’t mess it up more than this if you had deliberately tried. You need to take criticism head on and deal with it, because you don’t want it to escalate. What’s happening now is because things haven’t been dealt with properly in the first place. We used to be everyone’s second favourite club. Now we’re just a joke.”

While Hayes has invested significantly to assist the club, the value of supporters is not merely determined by finance. In December 2010 Charlton appealed to their fans to come to The Valley at short notice, on their days off, to help staff clear snow from around the stadium so a match a couple of days later could go ahead. It was an attempt to save the club the large sums of money it would lose through a postponement. Three years later they did it again. There was a time when every summer saw an appeal for volunteers to clean seats.

Such commitment is beyond price. Any business would give its right arm to have such loyal customers, and listen to their suggestions. Yet Charlton appear determined to alienate their core fans – and even those helping to supply the next generation of season-ticket holders.

“I’ve been bringing children to The Valley from our school for many years,” said one teacher and long-time supporter, who asked not to be named.
“The Charlton trips are one of the highlights of my job; seeing the children’s enthusiasm and their enjoyment has been hugely rewarding. Let’s not pretend, most of them aren’t Charlton fans, but some are, and some have converted to follow the club. However, my enthusiasm is on the wane now that I am so unhappy with how the club is being run.

“I must admit I was shocked by the pitch-hire ‘sex video’, and how a club with Charlton’s good family reputation would stoop so low to sell their wares, when in the same breadth they are telling us at the start of the season that kids may get the chance to play on the pitch. It’s a peculiar piece of marketing at the very least. But it’s much more than that. It’s not the Charlton I have loved for 40 years. The games are rarely entertaining and the players and the manager change so often that the children have little chance to build an affinity.

“A few of them will say to me ‘when’s the next trip?’, but it’s a dwindling number. And it’s hard work to fill a coach, and get other staff to give up their Saturday, when in recent seasons we’ve been lucky to witness a Charlton goal, let alone a victory. I never thought the day would come when, given the state of the club, I am considering staying away until things change. I can’t see many kids converting to Charlton in the current climate.” 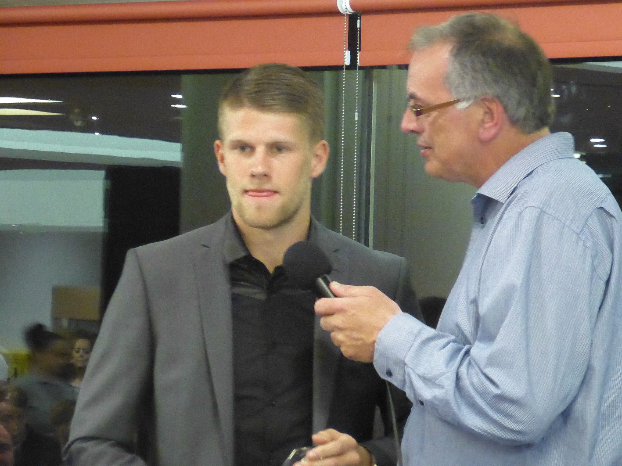 One fan who used to travel home and away is ex-Valley Party candidate Peter Finch, who resigned as a commentator for the CAFC Player service in October in protest at the direction of the club. “I started the current season really not happy with the way things were being run off the field,” he said. “The club was failing to learn lessons from previous seasons, and you could see that come January we would be hunting around for loan signings to bolster a squad not fit for purpose. I commentated on the last 20 minutes of the home game against Preston and I was fighting the urge to unleash a tirade against the owner and his staff. I was tempted to quit straight away but decided to sleep on it, then the appointment of Fraeye made my mind up. I could no longer commentate on the club I loved and not say something about how it was being destroyed. Rather than say something on air and get sacked, I quit.”

Finch added: “Our current owner does not care that we the fans fought to save this club when nobody else cared, that we have a special relationship with the club. He does not care about or understand our remarkable history.”

“I had thought it would be impossible for me to feel the way I do,” said David Smith.
“I’m looking for excuses not to go to games and that’s never happened to me before; even three or four years ago when we were on that dreadful losing run in League One. Even then there was still an attachment to the club.”

Despite Smith’s relatively low profile, the season-ticket holder for 20 years has played an important part in the club’s recent history. One sizeable financial contribution enabled the bronze statue of Bartram to be completed in time for the club’s 100th anniversary celebrations, while he also came to the rescue when Mendonca decided to sell his historically significant Charlton mementos, such as his Wembley hat-trick ball, shirt and medal. These were loaned to the Charlton museum so fans could see them – and Smith says that had the museum not existed and they’d been on display in the boardroom instead, he would now be asking for them back.

“I’ve never been so disillusioned with Charlton,” said David, who has followed the club since 1976. I’ve seen the good, the bad and the ugly, but this is worse. I want them gone.
The museum is a separate entity, thankfully. If there was another statue being built now and the club was seeking funding, I wouldn’t put one penny towards it.”

A Valley Gold member, Smith is pondering whether to stop his subscription, and has also cancelled the match sponsorship and mascot packages he buys every season.

“They just can’t get anything right,” he said. “I was actually due to sponsor the Blackburn match, as I’ve done for the last four or five years, but decided I wouldn’t at the beginning of December and wrote an email to [hospitality manager] Ravi Patel explaining my reasons and copied in Katrien. Ravi, to his credit, responded straight away but obviously I never heard anything from Meire. I would have thought it would be vital to understand more about the decisions being made by fans that are affecting your business. I had also pencilled in my children to be mascots for the Brighton game; I cancelled those with a similar email, and didn’t hear anything from anyone on that occasion.”

One decision already made, however, is that he won’t renew the season tickets – no fewer than eight – he always purchases: “I buy season tickets for all my family, my children and my nieces and nephews, but next year, as it stands, I’m not doing it,” said David. “I’ll still go but that’s only because as a north-stand patron I bought a ticket for the rest of my life. So I’ve got no choice!”

This articles was first published in VOTV125, which can be purchased here. The latest issue, VOTV126, is published on March 8th and can be ordered below (and left).