One cheer for the second coming of José Riga 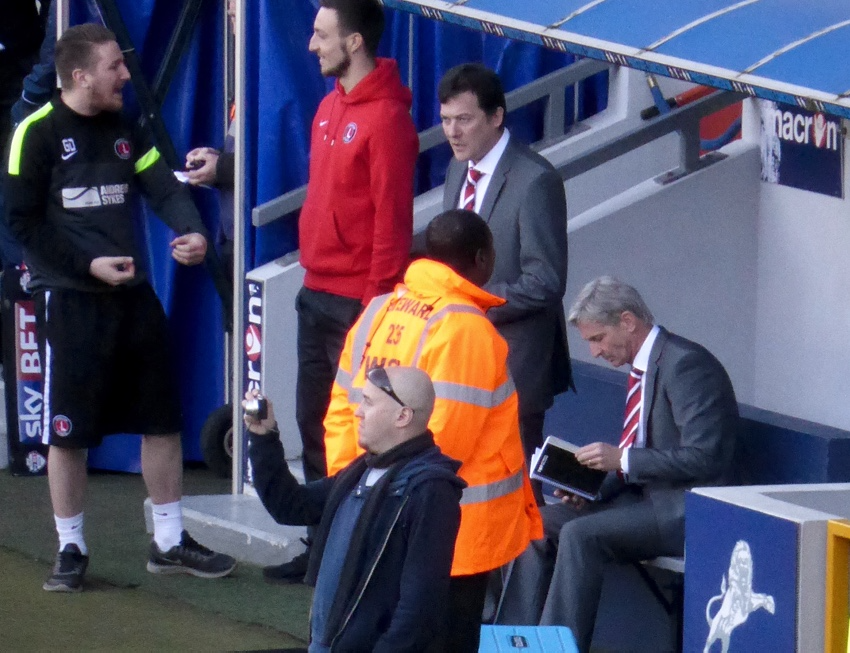 It’s a lukewarm welcome back from me to José Riga, announced as Charlton boss on Thursday well under 24 hours after the club had announced that a “search for a new coach has commenced”.

Remarkably, that statement came fully 80 days after the club had told fans on the sacking of Guy Luzon that it would now “undertake the process to appoint a head coach on a permanent basis”.

In reality most people had long assumed that the intention was always to make “interim” head coach Karel Fraeye’s appointment a long-term one, but it’s worth pointing out the latest contradiction in the club’s position.

It’s also worth remembering that exactly the same misinformation was put out a year ago, when Riga’s original successor Bob Peeters was sacked and fans were told that the club “began the process of searching for his replacement on Monday afternoon”.

The disconnection between the decision and the person responsible for communicating the position to fans has been clear in both cases.

Chief executive Katrien Meire also said then: “We know how important it is to make sure this next appointment is the right one because I understand that this club needs and deserves a head coach who can plan and take charge for the long-term.”

In practice, Luzon was appointed the next day, sacked 10 months later, whereupon the “interim” Fraeye was allowed to oversee 14 matches, critically undermining the team’s survival chances, before owner Roland Duchâtelet ended up back where he started in March 2014.

So it’s hard to see how Luzon could really have been the “right decision”, like every other one made by Duchâtelet, as Meire told the Fans’ Forum and others on video at the meeting in November.

That’s without yesterday’s farcical attempt to appoint another of Duchâtelet’s network managers, Újpest boss Nebojša Vignjević, which was dramatically aborted in late afternoon in disputed circumstances, even though the media release announcing it was ready to go.

The preferred line from the club today is that Charlton received advice that Vignjevic would struggle to get a work permit, but yesterday there were strong indications of Duchâtelet backing down after an internal revolt.

That U-turn was followed by suggestions that Duchâtelet would now look at appointing a head coach with a British background.

Yet again, however, the Belgian owner has left Meire stranded by a public statement that looks ridiculous less than a day later. For it is she who must carry the can as long as she retains the chief executive title, however loosely it fits.

The situation is even more ridiculous since Riga, who was sacked by French club Metz on Christmas Eve, had been widely reported in the media to be set to succeed Fraeye ahead of the Tuesday’s 5-0 hammering at Huddersfield Town.

However, on Wednesday morning the News Shopper quoted Riga as saying that he had had no contact with Duchâtelet and Meire about the vacancy.

Voice of The Valley has also been told that a meeting took place at the weekend involving Fraeye, Meire, chairman Richard Murray and two senior players at which Meire asked the players in front of Fraeye whether the latter was good enough to continue.

We have learned that Fraeye himself advised the club that it needed to appoint a manager with British experience to succeed him.

In a limited way, of course, Riga meets that bill, having taken charge of Charlton for 16 matches at the very compressed end of the 2013/14 season and added a very creditable 24 points to the team’s total, although as it turned out 18 would have been enough for survival.

The difference then is that Chris Powell’s side already had 27 points from 30 games - and despite being bottom had five games in hand on 21st-placed Millwall and 20th-placed Doncaster Rovers, who eventually went down, as well as a superior goal difference.

Leaving aside what qualities Riga may bring to the table, that team had just reached an FA Cup quarter final, itself evidence of team spirit and commitment, even though the squad lacked quality, especially going forward.

Although this appointment is made nearly two months earlier in the season, he has only four additional fixtures, the whole club is demoralised, and the acquisitions made so far in the January transfer window have failed to inspire, whatever claims Duchâtelet may make for them.

On the positive side, the team is not even bottom of the table and there are four other clubs in varying degrees of disarray who may offer an escape route through their own ineptitude.

Fans will try to rally behind Riga, especially if he can demonstrate in the home fixture against Blackburn Rovers on Saturday week and at fellow strugglers Rotherham United on January 30th that there has been some positive reaction to his arrival from the players.

Riga has already had three short spells as a head coach under Duchâtelet, including two abortive ones at Standard Liège, although it appears the only one terminated entirely against his wishes was that at The Valley.

Many fans would have liked to have seem him stay then and the chaos that has returned to engulf the club three times since suggests that they, and not Duchâtelet, were right.

Yet his credentials were not really established fully in the circumstances of 2014, when he had Powell’s coaching team of Alex Dyer, Damian Matthew and Ben Roberts around him, as well as Powell’s players and Phil Chapple as chief scout.

We've also been told by the club, more recently, that it was Fraeye who "masterminded" this success, alongside Riga, although most will take that as seriously as its managerial selection process in general.

Neither does Riga's short spell at similarly chaotic Blackpool, where he recorded one win in 15 matches, and lost 11, assist us in understanding  what he might bring to the party this time.

Unlike at least some of his successors, his measured public appearances offered reassurance to supporters and surely all Charlton fans will wish him well and want him to succeed again, me included. Relegation under any owner is a frightening prospect - under Duchâtelet it would be seen as self-inflicted and could imperil the very existence of the club.

That does not mean, however, that they will be weakened in their resolve to remove Duchâtelet, as the architect of two years of farce, or his increasingly invisible subordinate Meire. The club needs intelligent leadership. It is unlikely to get it from these two.

Five appointments in, it should be clear to everyone that this owner will never choose the best man for the job, just the next available known quantity who won't balk immediately at his eccentric interventions.

Riga, meanwhile, was no doubt wise to insist on an 18-month contract this time. The likelihood that he would might explain why Duchâtelet did not turn to him earlier.

But it remains hugely unlikely that he will get to see it out.