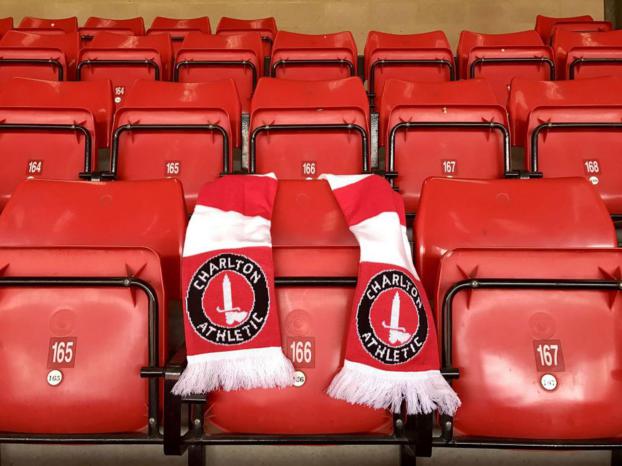 The family tree is stronger than a broken home

We have our differences at Charlton. Most of the country, if not the world, knows that in recent times. Our club has become synonymous with foreign ownership, protest, pink pigs, and foam balls thrown onto the pitch. Thousands of fans have drifted away, as we have torn ourselves apart with divisions inside and outside the stadium, and on social media.

Like any civil war, this has been a fierce battle. Friends, families, colleagues, and even club employees have been pitched against one another. Sometimes the rage has been highly personal. That’s what happens in a civil war. You know each other so well, you can strike people in places that hurt. You can raise the ghosts of times past, and peel back the scabs of old wounds. We have done all that, and our club is metaphorically bruised and battered because of it – purple and blue on the surface, in view of the world.

Sometimes it takes tragedy on a grand scale to make people realise that is just the surface, for under the raw wounds of the Roland Duchatelet era, the colours are still the same. Owners are simply tenants in the history of any football club, but supporters have a lifelong connection. That’s why under the skin of what’s happening now, fans remain true to red, white, and black – the colours of the scarf now draped across an empty seat in The Valley’s East Stand, where only a few weeks ago we lamented a different kind of emptiness.

That scarf is there as a symbol of the sacrifice made by PC Keith Palmer, season-ticket holder and lifelong Charlton fan. He was part of the same football family as me, even though I came later to the club. Our lives were very different, and probably our views on the world, but on a Saturday, home or away, we shared common ground for several hours every week. Probably too, I have met him at games, just another stranger in the same colours. I used to sit in the east stand before switching to the west. I loved it there, and got to know the characters clustered around the middle. Some of them made their way into the fiction I wrote about Charlton.

I am sure Keith Palmer knew the same people, heard the same banter, and sometimes said hello. Strange as it is, we spend hours, days, weeks, and years of our lives in the same small space, and don’t always talk to each other. But, even then, we know we are all part of the same family, and we each have an equal place in that family no matter what group we belong to. We are people, and never customers, but even reference to this fact has been contentious lately.

This week I was planning to write an article about the return of supporters once the club is sold. I was going to compare that to a wedding, and the idea of a family getting together, having not seen each other for a long time. Then Wednesday afternoon happened, right at the time I was travelling home from central London, on the Jubilee Line right under Westminster. I go there several times a year for Irish events and Labour Party events. Even these are the sorts of things that divide us, as fans, on an everyday level – the political parties we vote for, and things we believe in. But the fact of supporting Charlton gives us common ground at all times.

I am pretty sure that if I had ever gone into Westminster wearing a Charlton scarf and seen Keith Palmer, he would have commented on it. The police guarding the gates are very courteous people, and even though they have guns, they are approachable. Tragically that’s what made them vulnerable to attack on Wednesday. They are there to interact with the public, and keep people safe.

When Keith went to work on Wednesday morning he could never have imagined that somebody would set out to murder people in such an indiscriminate manner; a petty criminal with connections to Kent. That’s a county that has been the lifeblood of Charlton for as long as I have had familiarity with the club. Personally though I don’t care where the murderer was from, or what his name was, because it should never even be breathed in the same sentence as the names of any of our supporters, and especially that of Keith Palmer.

Today, Friday 24th March, Keith should be looking forward to the weekend, or lamenting the absence of a game. Perhaps he could have checked in on Josh Magennis playing for Northern Ireland against Norway. Maybe too, followed updates on the possible sale of the club, and rumours of new owners. In a few weeks time, if that happens, he should have been preparing to head back to a crowded Valley, after the divorce with Duchatelet.

Though I didn’t know Keith, I get the impression that his position on ownership was much like his role in the heart of government. Apolitical, and turning up to do his duty as a fan. There’s nothing wrong with that, and even though I support the protests and have not bought a season ticket, I find such loyalty admirable in many ways. Through thick or thin, supporters like Keith continue to follow the club. They buy their season tickets, go to games, and enjoy the experience. They are perfectly entitled to do, and nobody should ever criticise them for it.

We just differ in our opinions on certain things as I have said, but we are all in agreement on this one I imagine. Whatever we think of the owners, whether we support Celtic or Rangers as our Scottish team, whether we voted Remain or Leave, whether we see our greatest rivals as Palace or Millwall, we are united in our thoughts on one of our supporters who never sought the limelight but has earned it for his bravery in the face of terror.

Yesterday I wrote an article commending Theresa May on her speech in the House of Commons, and the way in which she rose above division – before I even knew that Keith Palmer was a Charlton fan. The fact that he was makes the tragedy no less, but it now makes it feel that little bit more personal.

This is a time to rise above politics of any kind and to transcend division, so that we put the Charlton family tree before our broken home. That is why it is wonderful to see the club’s gesture in draping a scarf across Keith Palmer’s seat in the east stand, and to hear supporters’ calls to unite behind some means of honouring the brave policeman and our family member’s memory.