What's this about a new stadium then? 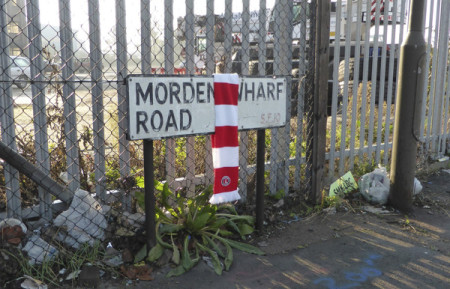 The December VOTV hit the streets for the first time before the Derby County match on Saturday, December 14th

With the future of The Valley and a council-backed move to the Greenwich Peninsula very much under public discussion, Rick Everitt aims to sort the facts from the fantasy.

Following the aborted takeover bid from US billionaire Josh Harris, another long-term American investor in CAFC returns to the Voice for the first time since the relaunch. Doug Chapman argues that Yanks are anything but planks when it comes to putting money into "soccer".

Doctor Who makes an unlikely debut in the long-running Charlton fanzine, Steve Dixon goes undercover to avoid possible arrest and former head of communications Matt Wright explains why he's enjoying supporting the team so much more since he quit the staff in August.