Fraeye and Meire in the firing line 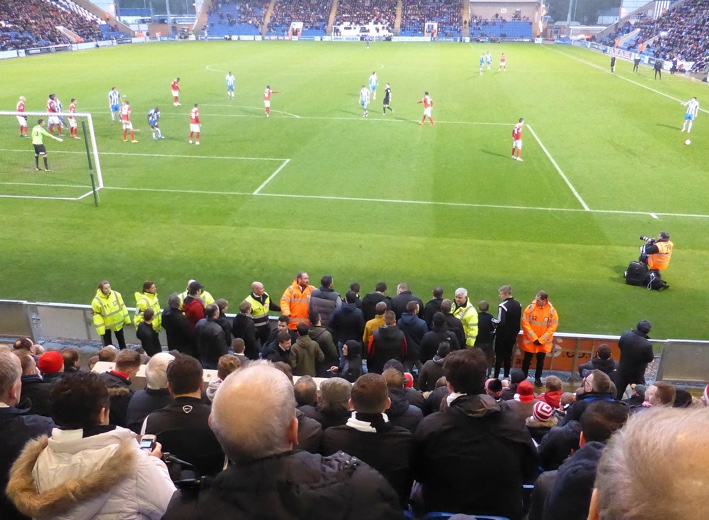 How will we look back on this FA Cup third-round weekend in years to come? Certainly for one of the most shambolic, disorganised and embarrassing contributions that Charlton have ever made to the competition, albeit against a decent challenge from the defeat at seventh tier Northwich Victoria in 2010.

Losing 2-1 to third division Colchester United might not appear to be a disaster on quite that scale. Yet the U’s had taken one point out of 30 from their previous 10 League One matches and probably owed their progress in the FA Cup to the fact they had only faced non-league opposition to date.

They had conceded 59 times in 25 league matches, the most by a margin of 12 goals of any of the 92 senior clubs. By any standards they are in a mess. And yet they beat Championship Charlton very comfortably.

While some visiting fans did ultimately turn on their players, the reasons for the defeat were less on the pitch than watching from the sidelines. In the Charlton technical area was interim head coach Karel Fraeye. Nine winless games had already elapsed since he surprised almost everybody by putting out a side that prevailed over Sheffield Wednesday and then Birmingham City. Now his record was even worse than the man dismissed to make way for him in October, Guy Luzon.

Far behind him at the very back of the stand sat chief executive Katrien Meire, the club's sole executive director. Her last public statement had come two months earlier, when she asserted that all previous managerial changes over the previous 20 months had been proven to be the right decision because results had improved soon thereafter.

Even judged by her own miserable standards, therefore, Fraeye was a dead man walking going into the game, and most of the 1,800 Charlton fans massed behind the goal were determined to remind him and her of it from the outset. The principal charge against both is that their ambition has exceeded their ability, at this stage of their careers at any rate.

Fraeye, at least, has been held to account by sections of the media, as well as the increasingly angry Charlton crowd. Meire has simply made herself unavailable for interview, although the fusillade of hostile criticism is such that it threatens to mow her down anyway.

"I realise that there’s no one to hide behind any more," she had written in August. Yet by January she was happy for the club to deploy chairman Richard Murray as a human shield, after more than a thousand fans gathered to protest at the rear of The Valley’s west stand. Unfortunately, Murray’s arguments were so full of holes that she may as well have taken shelter behind a garden sieve.

Not all the bullets even came from directions that might have been expected. The club's former commercial guru and continuing directors' box regular Steve Sutherland, a man not known for his revolutionary zeal, tweeted that Murray's statement was "disappointing", while the Charlton Athletic Supporters' Trust moved forward from their previous careful public neutrality to spray rapid fire in the chairman's direction.

Meanwhile, former chief executive Peter Varney had appeared deep behind the lines with a rocket launcher. In two media interventions, one through BBC Kent and then via a statement released to the South London Press on Sunday evening, Varney first reiterated the interest of a substantial backer in buying the club and then attacked Meire’s handling of the Charlton fans directly.

He also disclosed that he had made a new, recent approach to Duchatelet, without success. It’s unlikely that Murray’s hostility to Varney was decisive in this rejection, but equally the former's stance probably helps explain his continuing alignment with people whose ineptitude, even in carrying out their own warped ideas, seems set to destroy the club.

Whatever you make of the personalities involved, there’s little question in my mind that Varney’s investor possesses both the resources and the ambition to take Charlton back to the Premier League. The risk now is that those attributes will be diverted to a competitor club.

Duchatelet’s approach and that of his inadequate lieutenants, by contrast, is pointing the Addicks towards a future of declining support, lower division football and increasing public ridicule. The extent of alienation among supporters is extraordinary.

Widely reported moves to reinsert former stand-in boss Jose Riga into the dugout might be welcomed by some as a step-up from Fraeye, but his arrival could not truthfully be regarded as much more than the proverbial rearrangement of the deckchairs before the ship goes down.

Colchester will just be a footnote in this story, as will Fraeye and Meire. But the weekend may yet be remembered as a watershed - the days when the chance to save Charlton from several years of agonising decline was fatefully and fatally spurned.

If so then rest assured that we will not be going quietly.