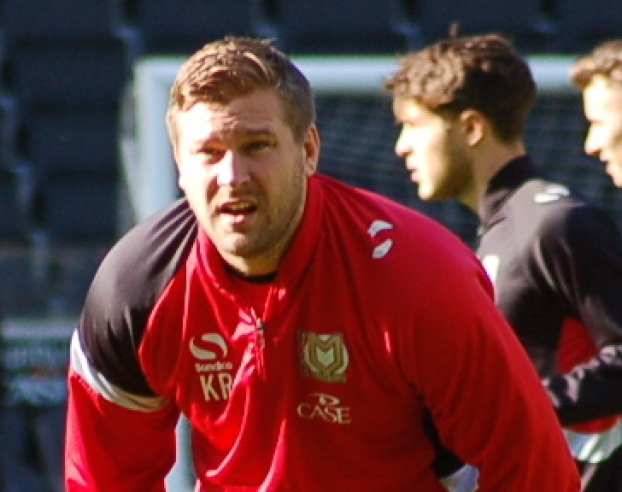 Robinson v Duchatelet is the match that matters

VOTV editor RICK EVERITT looks at the prospects for success under yet another new management appointment - this time bringing a former MK Dons boss to The Valley.

If it wasn’t for the ridiculous turnover of managers at The Valley since Roland Duchatelet took control of the club just shy of three years ago, it’s likely Karl Robinson’s appointment as Charlton manager would have been received with much enthusiasm.

Unlike his short-lived predecessor Russell Slade, he does have a history of taking a team to promotion from League One. At 36, he is 20 years younger than Slade and correspondingly more likely to be fired by personal ambition. His teams tend to play better football too.

Robinson inherits a side that has just won 5-1 away at Bristol Rovers, and clearly has the potential to do better than it was under Slade. Saturday’s meeting with second-placed Sheffield United, for which it seems he will not be in full charge, will be a good test of that. Ambiguity over his involvement will allow the club to spin the outcome either way.

But he also inherits an 18-game record that in the round is distinctly mediocre. It means Charlton go into this weekend’s game 11 points behind the Blades and a daunting 17 behind leaders Scunthorpe United, who they nevertheless knocked out of the FA Cup.

Ahmed Kashi, Ricky Holmes and now Chris Solly are all on the long-term injury list. Six more senior players continue to drain resources without being available for selection. Slade didn’t recruit badly; he just wasn’t allowed a full deck of cards. And he didn’t often play those he did have well enough.

Robinson will doubtless look to use the inherited record - and possibly the five December fixtures before the opening of the January transfer window - as an excuse if he fails to achieve promotion in the remaining 28 games, or more likely via the end-of-season play-offs. However, even that assumes that he will be in post by the end of May. And that is where the doubts about this appointment begin.

Like Slade – and, for that matter, Jose Riga, Karel Fraeye and Guy Luzon – Robinson never played at Football League level. But it is another kind of experience that he is missing which may be more telling, having only operated under one chairman in six years as boss of MK Dons. As much as many of us despise the franchise, there is no evidence that the club’s longstanding chairman Pete Winkelman is an interfering megalomaniac as far as football is concerned.

Slade, by contrast, arrived at The Valley with two years under Cardiff City’s eccentric Vincent Tan under his belt and a full range of exposure to other boardroom oversight.

It equipped him to survive a range of the strange behaviour that now characterises the regime at The Valley, and to use his early authority to resist ideas minted in Belgium – until that ended decisively with the appearance of Duchatelet’s network spy Chris O’Loughlin in October.

Charlton’s typically tardy announcement of Robinson’s appointment made no reference to the fate of the current coaching staff, Kevin Nugent and Simon Clark, but it was quite clear from a statement issued during the interregnum that Duchatelet planned to install O’Loughlin as his permanent spy in the camp.

Unless Robinson has successfully blocked that, he finds himself potentially undermined from day one by a man who owes his place at The Valley entirely to Duchatelet and is bound to be seen as the latter’s eyes and ears at every training session and in every dressing-room. And that’s before Thomas Driesen proffers his detailed tactical and recruitment advice, live from a back bedroom somewhere in Belgium.

Neither is Robinson likely to be able to rely on chief executive Katrien Meire to support him in any confrontation with Duchatelet. She appears to be a woman prepared to perform any verbal somersault required of her to stand by the man who invented her.

A cynic might conclude that Robinson knows all that and simply views Charlton as an easy payday, with little ability to damage his CV because of the known instability of both club and owner. Even if he lasts no longer than Slade, he too can look forward to a substantial payday.

For all that, even in their current diminished circumstances Charlton represent a big step-up from the franchise. It is an opportunity for Robinson with very little downside.

Yet this is still the man who disrespected Chris Powell’s runaway 2011/12 League One champions as not being the best side in the division, despite his own finishing 21 points behind them in fifth and eventually losing in the play-off semi-final to Huddersfield.

He will have to play a cleverer game with the arrogant and interfering Duchatelet or he is unlikely to have any season finish of his own at The Valley on which to be judged.