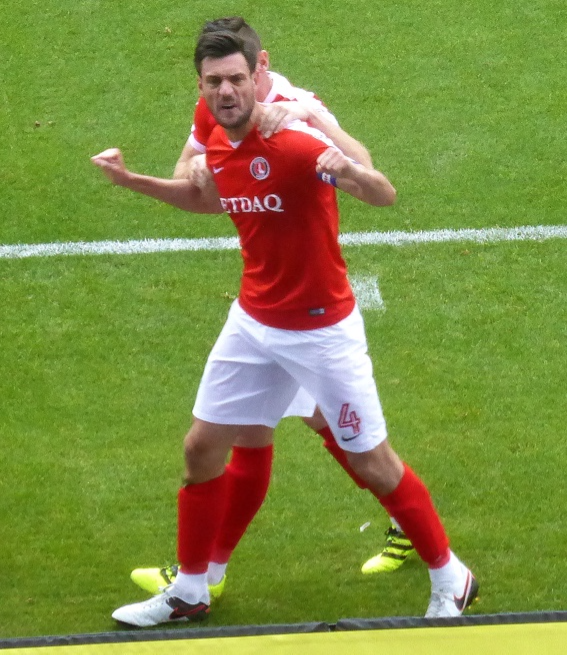 It is a sobering statistic that after Charlton’s lacklustre 1-1 draw at Oxford United, Russell Slade has recorded the club’s worst start to a comparable season for 90 years. Not since the 1926/27 campaign, when Alex Macfarlane’s side lost seven of their opening nine matches, have the Addicks produced a worse set of results in their opening nine third-tier games.

The 1926 Addicks had just survived applying for re-election to the Football League for the only time in the club’s history, but eventually went on to finish a comfortable 13th.

Of course, Charlton have been above this level for all but 11 subsequent seasons. And there might be encouraging portents in the fact that 14 and 13-point hauls at his stage (adjusted for three points for a win) did not preclude promotion in either 1974/75 and 1980/81.

The current generation of supporters must hope that Slade’s 2016 vintage of Addicks are even slower starters, given their current 11 points, but there was not much to encourage them on a first-ever League visit to a heavily over-stewarded Kassam Stadium.

Johnnie Jackson’s third goal of the season, converted from the penalty spot soon after half-time after an inexplicable handball, did not really reflect any superiority in the visitors’ play. So it was no great shock when the home side got back on terms through Chris Maguire 13 minutes later.

There was a surprise in the starting line-up, however, with Harry Lennon stepping in for the concussed Jason Pearce, and then stepping out in stoppage time at the end of the game after being dismissed, quite reasonably, for a second booking following a late, lunging tackle. Lennon had become the club's fifth centre-back so far this term, but his one-match suspension is the least of Slade's immediate problems.

Keeper Declan Rudd kept the visitors on level terms soon after kick-off with a fine one-handed save to deny Chey Dunkley from five yards. But thereafter the Charlton keeper was rarely called upon to rescue his teammates.

Instead it was a muddle in the middle that set the tone for the afternoon, with Andrew Crofts, Adrian Foley and Fredrik Ulvestad all occupying a congested and often confused midfield, as well as skipper Jackson and winger Ademola Lookman.

That largely left Josh Magennis to forage alone up front and he might have opened the scoring early on, but narrowly failed to connect with a ball in from Ulvestad. Much later he tested Simon Eastwood properly with a powerful header that the keeper tipped over from substitute Ricky Holmes' cross.

It was a mark of the incongruity of Charlton’s formation that central defender Patrick Bauer twice appeared with the ball as the furthest Addick forward to threaten the Oxford goal, although Slade eventually introduced Holmes, Lee Novak and Jordan Botaka in an effort to claim all three points.

The 1,500 travelling Addicks showed what they had thought of his first-half tactics at one point by singing “four-four-two”. And there were a few jeers for the boss when he approached at the final whistle after Charlton had failed to overcome a fourth club that was two divisions below them last season in the space of seven weeks.

Ex-Valley manager Alan Curbishley weighed in on Channel 5 to claim that "the people that own the club have some big decisions to make", suggesting that the indifferent results so far were likely to be a consequence of inadequate backing for the new boss.

The 1-1 scoreline extended the team’s winless sequence to five League matches and dropped them to 16th spot in League One, albeit only three points of sixth place. But at least they aren’t losing away, with three consecutive draws now following the win at Walsall.

Even the opening day defeat at Bury looks marginally less worrying with the Shakers up to second, a point behind Scunthorpe, where Charlton had drawn in midweek. But these inviting straws will move out of grasping distance, along with the divisional pacemakers, unless there is a dramatic improvement in the Addicks' prowess over the next seven days.

The two upcoming fixtures appear to provide Slade with a fine opportunity to repair the damage, with 22nd-placed Oldham Athletic due at The Valley on Tuesday night and 19th-placed Rochdale due on Saturday.

The Latics have scored just four times so far this season, with their only League One victory a 1-0 success at Bury back on August 20th, which was also when Charlton last won.

Nineteenth-placed Rochdale, 3-2 winners at Millwall on Saturday to leave the Lions in similar disarray to the Addicks, are in better form after recording consecutive victories, but should hardly be daunting opposition at The Valley either. At least they are likely to play in front of a half-decent crowd, which is unlikely to be the case for Oldham.

By Saturday night, Slade may be top of the pops in SE7, after all. But if Charlton fail to win either fixture then the songs of the fans are likely to strike a very discordant note. It will not be 4-4-2 that some of them will be demanding, even if it is absurdly premature to be thinking of a seventh change of boss in little over two and a half years. The real questions should be asked of those above him.