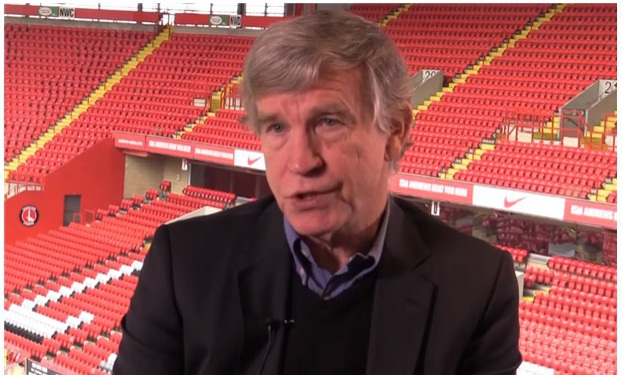 The disastrous nature of Charlton’s transfer policy under Roland Duchâtelet is underlined by a new analysis of the ten players identified by the club as the primary focus of its £10m transfer market expenditure between 2014 and 2016, writes Rick Everitt.

The only one of the top ten cash signings (shown below in bold) who can be considered a clear success is German central defender Patrick Bauer, set to make his 56th start for the club in two seasons in Sunday’s final match of the campaign at home to Swindon Town.

The club has not disclosed individual transfer fees since it was taken over by the previous owners in 2010, but conclusions can be drawn from changes to the value of player registrations shown in the notes to its annual balance sheet.

Aggregate fees for each year appear in the annual accounts published by Charlton Athletic Football Company Limited for 2013/14, 2014/15 and 2015/16 – at the end of which the team was relegated to League One.

The club is obliged to identify, but not break down, the major transactions that make up the changes in value shown on the books. This value is derived from transfer payments to the selling clubs, meaning academy graduates and signings without fees are excluded from the figures.

Other costs, such as payments to agents, will also be excluded. According to official Football League data, Charlton paid £2m in fees to agents and intermediaries in respect of deals between August 2013 and January 2017. Duchâtelet took over in January 2014.

Since the club's financial year runs from July 1st to June 30th, the data in the accounts does not quite correspond with the football season. For example, Bauer’s signing appeared in the 2014/15 accounts, although he did not make his debut until the 2015/16 season.

And Nicky Ajose, currently out on loan at Swindon Town, appears in the 2015/16 accounts, despite beginning his career at The Valley in 2016/17.

But the 2014/15 accounts showed the value added “primarily” for Igor Vetokele, Piotr Parzsyzek, Loïc Négo and Reza Ghoochannejhad as £4.36m. This will be their comboned transfer fees, as well as those of any small amounts paid out on minor deals.

And in 2015/16 when Parzsyzek, Négo and Rhoys Wiggins departed, disposals “primarily” relating to them gave their combined cost as £3.1m.

Wiggins is known to have cost about £250,000 initially, which strongly suggests that the combined fee for Parzyszek and Négo was more than £2m.

Parzyszek, who was 20 when he signed from De Graafschap, made just one substitute appearance under Chris Powell before his four-and-a-half-year contract was terminated in January 2016, having not been utilised by any of Powell’s four immediate successors.

Following loans to Duchâtelet’s Sint-Truiden and Danish outfit Randers while on Charlton’s books, the Polish national is now back at De Graafschap in the Dutch second tier and is currently their top scorer with 25 goals this season.

French-born Nego, 23 when he arrived from Duchâtelet’s Hungarian club Ujpest in January 2014, started just once for Charlton under four different head coaches.

He made his solitary outing at Wigan Athletic 72 hours after his a three-and-a-half-year contract was confirmed by the Addicks. He was then loaned back to Újpest for the 2014/15 season during Bob Peeters’s brief tenure and, after Guy Luzon had taken over, eventually moved to another Hungarian club, Videoton, in August 2015.

The club reported at the time that “Négo departs”, making no reference to any fee having been received, and in the circumstances none seems likely.

Both signings were controversial as they were imposed on Powell by Duchâtelet, while Nego, like Ghoochannejhad from Standard Liège the same week, was signed from within the Belgian’s network, meaning the owner was both the buyer and the seller in the deal, allowing him a wide latitude in setting the fees.

Although Duchâtelet was effectively doing business with himself, the value put on such deals would still be recorded in Charlton's books as part of the loans from his Staprix business, and accrue interest accordingly.

Striker Ghoochannejhad started 21 matches, making 21 further substitute appearances and scoring five goals, before his contract expired in the summer of 2016. He was loaned out for the 2014/15 season to Al-Kuwait and Al-Wakrah.

The accounts also disclose that £1.75m was paid in 2014/15 “primarily” for Bauer, signed from Maritimo, and midfielder El-Hadji Ba, then 22, who started 14 matches and made 12 additional appearances as a substitute, scoring one goal, in 2015/16.

Ba was reduced to appearing solely for the club’s U23s after featuring in the first-team squad during the 2016/17 pre-season and his three-year deal was terminated after 18 months at the end of January 2017. He recently joined Norwegian club Stabæk.

Although he is not named as one of the ten major signings, the 2015 accounts show that Charlton paid a five-figure fee for former Belgian international Christophe Lepoint, 30. He signed a two-and-a-half year deal when he arrived from Gent in January that year – and left in June after his one start and five substitute outings had prompted ridicule.

The departure of Michael Morrison, signed for a “token fee” in 2011, and Lepoint “primarily” covered disposals to an original value of £118k in that season.

Finally, the 2015/16 accounts disclose that Charlton paid £4.12m “primarily” for Naby Sarr, Zakarya Bergdich, Jorge Teixeira and Nicky Ajose. Ahmed Kashi is not referenced. Since chief executive Katrien Meire has put the price of Ajose (23 starts, five substitute appearances and seven goals) at £600k, that leaves £3.5m for the remaining three, less any minor fees paid for others such as Kashi.

France U21 international Sarr (13 starts, three substitute appearances and two goals) is likely to account for the majority of that, with his transfer from Sporting Lisbon reported to be worth around £2m, a figure that would surely rank him as the worst value for money, especially as he was handed a five-year deal by Meire. According to latest boss Karl Robinson, he is also on £8k a week.

The 23-year-old is set to return from his season loan at French Ligue 2 outfit Red Star in pre-season for Robinson to evaluate, so Meire had better hope he has improved dramatically.

Bergdich managed 14 starts and 12 substitute outings after joining from Spanish outfit Valladolid in July 2015. Meire agreed to end his four-year contract just 13 months later, effectively writing off the fee and presumably compensating him for forfeited wages. He subsequently joined Cordoba.

The Addicks have also been desperate to get £12k-a-week Teixeira - signed on a four-and-a-half-year deal in January 2016 from the now post-Duchatelet Standard Liege - off their books ever since their relegation four months later.

In fact, it doesn’t really matter how you dice and slice the £3.5m spent on fees in the 2015/16 campaign. It looks disastrous whichever way you cut it.

Of course, transfer fees don’t tell a complete story and to some extent even when they were disclosed they distorted the picture. In the post-Bosman era, wages and signing-on fees are a big part of the financial management of the football squad, too.

However, concealing fees also helps the decision-makers evade public accountability. In previous eras we’d all have looked at the manager as responsible for signing players who didn’t prove value for money. Under Duchâtelet, with the baleful influence of Thomas Driesen in the background and Meire conducting negotiations, it’s clear the blame must sit with the board.

Other signings not specifically referenced in the accounts and by implication unlikely to be as financially significant in terms of transfer fees include those of George Tucudean in summer 2014 and Tony Watt in January 2015, both from Standard Liège under Duchâtelet’s ownership, and goalkeeper Marko Dmitrović from the aforementioned Újpest, also in January 2015.

Tucudean’s three-year contract was terminated a year early in 2016, having made the last of his 17 starts and six substitute appearances In January 2015. Dmitrović​’s 18-month contract expired in the summer of 2016 after four starts and one substitute outing. Watt, meanwhile, has been loaned out to three different clubs in a so far unsuccessful effort to sell him.

Current season signings Josh Magennis, Jake Forster-Caskey and Lewis Page fall outside the scope of the published accounts and may prove better investments. Kilmarnock disclosed they had turned down a bid of an initial £100,000 bid from Charlton for Magennis.

Ricky Holmes reportedly cost £125,000 from Northampton Town and is nailed-on to be declared player of the year on Sunday. As he signed in mid-June 2016 his fee should presumably be included in the 2015/16 numbers, but it is not referenced as significant alongside the other four.

Since 2014 the club has also depended on a stream of loan signings, many from overseas, only a few of which have been an unqualified success. It has picked up numerous out-of-contract professionals with very mixed results, ranging from Alou Diarra to Roger Johnson (twice).

Three and half years into the current ownership, the most successful senior acquisition has been Jóhann Berg Guðmundsson. He appears to be the only established player recruited and then sold on for a significant profit, or possibly for any fee at all.

Gudmundsson made 78 starts, eight substitute outings and scored 17 goals before he moved for a sizeable fee to Premier League new boys Burnley last summer, having been acquired on a free transfer in 2014.

While significant fees have been received for academy graduates Diego Poyet, Joe Gomez, Jordan Cousins, Callum Harriott, Morgan Fox and Tareiq Holmes-Dennis, and 2011 signing Nick Pope, all were already at the club prior to Duchâtelet’s arrival, unlike Ademola Lookman, who had played youth football for Waterloo before being picked up in 2014.

Lookman’s sale to Everton in January for an initial £7.5m amounted to a massive windfall and credit to the club’s scouting system, but with the team left floundering in the third tier it did little to offset the impression that the mechanisms for assessing and recruiting senior players had been a disaster since Duchâtelet took over.

That story is also told by the League One table. And with Vetokele, Kashi, Sarr, Teixeira, Watt, Ajose, and free transfers Lee Novak and Cristian Ceballos all under contract for at least one more season, the financial consequences of past mistakes are far from over yet.