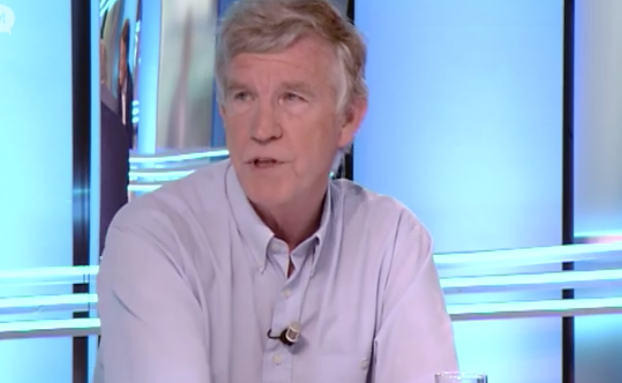 Lennon next to go as Charlton fire sale continues

Caretaker Charlton boss Lee Bowyer faces preparing his squad for the new League One campaign with an increasing likelihood that key players will be sold off to the highest available cash bidder as offers come in.

Defender Ezri Konsa left for Championship Brentford last week in a deal the South London Press has now reported was worth just over £3m. Patrick Bauer is believed to be a target for Blackburn Rovers and Harry Lennon is now set to join Chris Powell’s Southend United.

That would leave the squad down three central defenders on last season, with Naby Sarr and Jason Pearce the only senior players left to cover that position.

Voice of The Valley has been told that owner Roland Duchatelet (above) is actively looking to sell any player on the books providing the buying club will pay cash up front.

However, that has now been explicity denied by Bowyer in an interview with the SLP, who says that that he has told the owner there are five players that can be be moved on providing he gets four in as replacements.

The club has now deferred the start of its pre-season fixtures by a week to July 14th, with the owner unwilling to finance the usual pre-season tour, but it remains to be seen how strong a line-up Bowyer will be able to field for the game at Welling.

The prospect of a fire sale follows an apparent breakdown in the long-awaited takeover of the club by the Australian consortium headed up by Andrew Muir and Gerard Murphy.

Having believed that he had an agreement to sell the Addicks to the Aussies, Duchatelet has reacted furiously to a change in the situation, which may have been caused by the buyer looking to benefit from the Belgian’s weak bargaining position.

Duchatelet and fellow director Richard Murray have continued to claim there is a second bidder at the table, but nothing has emerged about this party and there is no evidence  anyone other than the Aussies has sought approval from the EFL to take over.

The reliability of the directors' recent statements to fans appears to be put in question by the fact that Charlton are now making preparations of a sort for next season without a takeover, based on the Aussie deal appearing to have collapsed.

Face to face talks took place between the Aussies and Duchatelet at the end of last week, but despite positive public noises from both camps they seem to have left the sides further apart than ever.

It appears that the Aussies have effectively called Duchatelet’s bluff over the mysterious second bidder, whether intentionally or not, but he has responded by moving to cash in further assets without reducing his asking price.

However, we have been told that Duchatelet is offering discounts on player sales for immediate payment, which given his own financial resources does not suggest he sees himself being around in the medium term.

There is now a growing prospect that the Aussies will cut their losses and walk away from the takeover deal, leaving the club in potential meltdown and without any functioning senior management with under seven weeks to go to the start of the season.

Charlton’s squad has already been reduced from the end of last term by the end of loans for Ben Amos, Jay Dasilva, Sullay Kaikai, Stephy Mavididi, Michal Zyro, while Ahmed Kashi’s contract has expired and will not be renewed.

Charlton have only one senior goalkeeper, Dillon Phillips and aside from irregular starters Nicky Ajose and Karlan Ahearne-Grant - himself a possible departure - Northern Ireland international Magennis is their only available experienced striker, with Billy Clarke unlikely to be fit for August.

The prospect of more player sales is understood to be causing previously settled players to consider whether they have a future at the club.

Murray told the Charlton Athletic Supporters’ Trust last week that Bowyer was “talking to potential signings” and “feels he needs four players to have the makings of a challenging squad” but five out and four in would still leave Charlton with a very thin squad.

Previous boss Karl Robinson was forced to curtail his plans in January because the owner would not sanction any outgoing fees.

Duchatelet’s latest moves also seem to have lost him internal support that he could previously rely on to defend him, with other budgets also coming under scrutiny, although Murray has yet to break ranks.

The one chink of light is that the Belgian’s financial position is only going to get worse whatever action he takes, because of the club’s heavy operating losses and increasing supporter alienation. The total debt to parent company Staprix is now likely to exceed £60m. The Coalition Against Roland Duchatelet and other protest groups can also be expected to go on the offensive if he remains in control.

It could still be that the two sides are both posturing and that an accommodation will be reached between would-be buyer and seller, but on past experience there is no reason to expect Duchatelet to act rationally. Alarmingly, it is the club itself that stands to be destroyed as the saga rolls on.