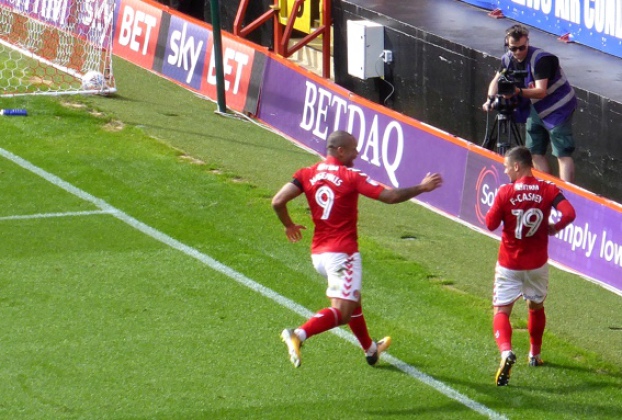 Extra goals are no exaggeration for the Addicks

Goals change games – and late goals can often change the perception of matches too.

In this case, however, two stoppage-time efforts from Jake Forster-Caskey – one a routine finish, the other sublime – only made Charlton’s 4-1 win over Northampton Town suitably emphatic. The Addicks had outclassed the Cobblers by a wide margin all afternoon.

Scoreline aside, this was probably Charlton’s best performance since dropping back into League One in 2016 and maybe for some time before that. It was encouraging to watch and strengthened the view that the home side can be serious promotion contenders this season.

The only caveat has to be that Northampton were rubbish, yet still caused a flutter of concern towards the end. Arriving on the back of three 1-0 defeats and thus without a goal to their name, the visitors looked better equipped for basketball than football.

But whereas previous opponents Plymouth had made their aerial and physical advantage pay, eventually taking the lead at Home Park from a corner, Northampton were behind to a Josh Magennis header within two minutes. The left-wing cross from Ricky Holmes was typically precise but the Northern Ireland striker showed his hunger and good anticipation to beat Aaron Pierre to the ball on the six-yard line.

The visitors never really recovered, even though the Addicks’ failure to convert two gilt-edged chances allowed them to add a nervous edge to the closing stages. Marc Richards’ header finally got the better of Jason Pearce to beat Ben Amos 11 minutes from time, but it wouldn’t be true to say that the visitors hadn’t created other openings.

By then, however, Holmes had also got on the scoresheet for the first time this season. Having created the opener, he fired home a sumptuous second from 15 yards just beyond the hour after being played in by Billy Clarke.

It wasn’t before time, with the troublesome Tariqe Fosu having pulled his shot across the face of the goal on the half-hour and Magennis blazing high and wide after poor goalkeeping from Northampton’s David Cornell had set him up early in the second half.

But while Plymouth had effectively snuffed out Charlton’s creative threat, Northampton looked as out of their depth as the West Indies cricket team, which was simultaneously crumbling to an innings defeat to England at Edgbaston.

Like the Windies' fumbling fielders, Justin Edinburgh’s side clumsily conceded possession time after time and not all of it could be attributed to the hard work of the home side, even though that played a part.

And whether it was left-back Jay Dasilva bursting past heavy-legged defenders, Ahmed Kashi prompting progress from midfield or, eventually, the powerful runs of substitute Karlan Ahearne-Grant, Charlton looked full of ideas and always capable of adding to their lead, even though they ended up conceding instead.

Manager Karl Robinson brought on Ezri Konsa for the tiring Holmes to steady the ship in the last ten minutes in what may yet prove the 19-year-old’s farewell Valley appearance.

That would be a mistake, as would be failing to add to the team’s firing line in the week and a half before the transfer window closes.

Still, it helps if midfielders can contribute significantly to the goals tally and Forster-Caskey made no mistake when skilfully picked out by Konsa’s clever cross deep into stoppage time.

The match was already seven minutes into the five advertised additional ones when an apparently wasted ball across the box from Ahearne-Grant was then retrieved by Forster-Caskey and curled into the hapless Cornell’s top right-hand corner for the fourth.

There are better teams than Northampton in League One, but the encouraging aspect of this encounter was that Charlton won it by a distance – and deservedly so.