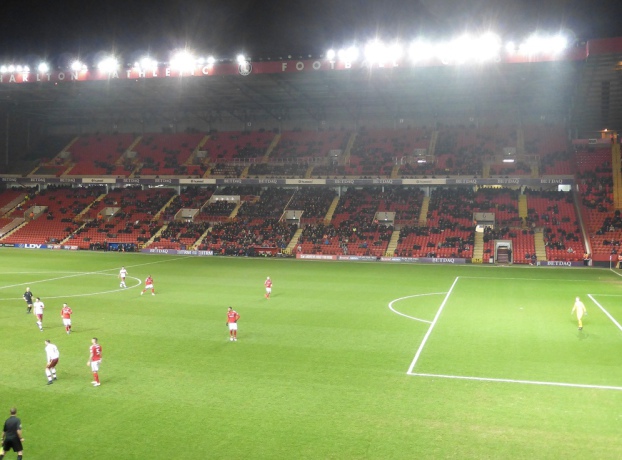 Duchatelet will have to pay for any more delay

Time is running out for Roland Duchatelet to announce the sale of Charlton before the end of February – leaving the club leaderless, rudderless and unable to put in place plans for next season in the meantime.

The Addicks have had no chief executive since the turn of the year and are about to lose chief finance officer David Joyes, who is joining Middlesbrough. The club has no chairman and only two directors – one of whom, Duchatelet, has not attended a match at The Valley for more than three years.

The other, Richard Murray, who is not based at the offices, has said three times – twice in statements released to fans on January 20th and February 7th, and at a staff briefing in between, that the club was “likely” to be sold in February.

On January 20th, as reported on the club’s own website, he told the Charlton Athletic Supporters’ Trust: “My opinion, and this is only an opinion of what might happen, I would say the most likely month is February.”

Speaking to the fans’ forum on February 6th, he confirmed: “As far as timing is concerned, I did say to our staff down at the training ground that I hoped or thought February was the most likely month.”

He also said: “I still believe one interested party is far closer to doing a deal because I think they are very close on price with Roland. I think the price now is not going to hold up the deal which has got to be good news.”

That price has previously been given to us as being in the region of £45m – more than twice what Duchatelet paid in 2014 - but it is unlikely he would receive all of it as cash up front.

The end appeared to be in sight when within 24 hours we heard independently from two unrelated sources, one with legal involvement, that a deal had indeed been done. The second source said the successful party was the Australian consortium.

Separately from that, South London Press sports editor Richard Cawley reported the same day (February 8th): “I got told earlier today that deal agreed and it was the Australians taking over. But there is a whole lot of information out there – hard to know what is absolutely true.”

Cawley’s caution was evidently well founded. Nearly a fortnight later, the lack of any public announcement has left our sources mystified, particularly the one with an insight into what have been protracted and detailed legal discussions.

Internet sources have since claimed that Duchatelet has put a deal with the Australians on hold while he looks to get a bigger offer from a second party. Or even that that there has been no firm bid at all.

We’ve also heard rumours that the deal is being held up by Duchatelet’s attempts to trade in existing sell-on and other-add-on clauses from previous player sales for cash or to secure a fixed share of future transfer receipts. However, the sources for these stories are nebulous.

It’s also been suggested that the Australians have been looking to raise money in the City, but to borrow against the club's assets they would first need to address the former directors’ loans. There has been no suggestion the ex-directors are holding things up.

And as time ticks on, the Belgian’s bargaining position is only going to grow weaker.

To complicate cashflow, there may be only one home fixture played at The Valley in March, with the Plymouth Argyle clash on the 24th vulnerable to international call-ups.

During March it is also usual to bring forward season-ticket sales for next season, which are a key source of revenue, but it’s hard to see Charlton being able to make such plans – or them receiving an enthusiastic early response – while the club remains in limbo.

That’s aside from the inevitable uncertainty about the future felt by manager Karl Robinson and his players as they look to secure a play-off place. Whether it’s a hindrance or not, it can hardly help.

Duchatelet may or may not care about that, but it is hardly in his financial interest to run the club into the ground, either.

While it's easy to grow impatient, the present situation is light years ahead of the official position before Christmas. There is no likelihood of Duchatelet continuing to own the club in the medium term without appointing new senior management at The Valley.

Should no deal be confirmed by March 1st, however, then the least fans should expect is a further explanation from Murray, which he himself has promised.

If the hold-up is indeed that Duchatelet is behaving unreasonably, which on past form would not be surprising, one good question might be how much longer the club’s former chairman is himself prepared to dance to this particular tune.