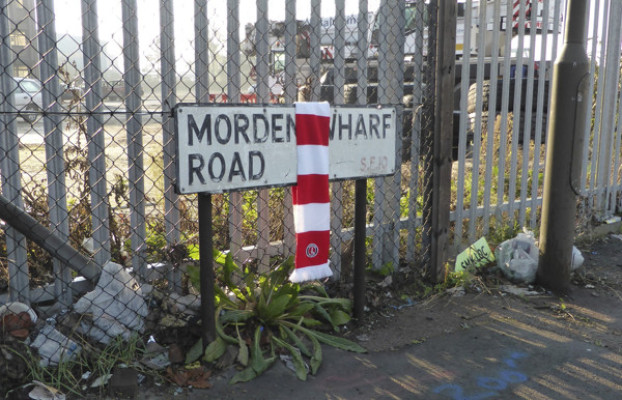 Jimenez and the secret plan to ditch The Valley

Former Charlton director Tony Jimenez never owned shares in the club and wanted to commit the regime which took over in 2014 to pursuing a potential move from The Valley under his direction, a judgement handed down in the High Court on Wednesday (December 20th) has revealed.

Jimenez was found liable - and his business partner Kevin Cash vicariously liable - to their former friend, Los Angeles based property developer Darius Khakshouri, for deceit in persuading him to lend Charlton £1.8m in September and October 2013 on the promise of 30 per cent of their profits from a scheme to relocate the club to the Morden Wharf site on Greenwich Peninsula (extensively reported in VOTV109, December 2013).

Mr Justice Green, who heard the case in October, found that Jimenez misled Khakshouri into withdrawing funds from an existing development project in LA by telling him that he and Cash were major shareholders and controllers of the club and thus in a position to fulfil his promise that it would not be sold without a land deal in place.

Some new light is shed on the ultimate ownership of the club between 2010 and 2014, which was mostly via a series of companies registered in the British Virgin Islands and a network of family related trusts, but the judge was not persuaded that Jimenez had a controlling interest - or indeed any personal shareholding - in the club.

This was despite him being a beneficiary of the Cavansa Trust, which featured in a complex chain of companies eventually owning 47.6 per cent of BVI-based CAFC Holdings Limited, which in turn held 90 per cent of the club until 2014.

However, the court was told that then chairman Michael Slater did hold a 23 per cent stake in CAFC Holdings Limited, and ex-chairman Richard Murray held 10 per cent of the club. These two figures are consistent with the required public declarations which were made at the time to the Football League.

Cash did not claim in court - or previously - to have had any shareholding, but it was nevertheless recorded that the Rose Trust of which he is a beneficiary had lent the club’s BVI parent company £8.5m by 2013: “In his evidence he explained that neither he nor the Rose Trust had an interest in lending to the club per se. The Rose Trust became interested only because of the potential to become involved at a later point in the Greenwich Peninsula development,” it was recorded. “He was a very long and close friend of the claimant.”

Of Jimenez and Cash, the judge said: “Was the representation about majority control false? The answer is that the representation was false. This is now common ground between the parties. Neither Mr Jimenez nor Mr Cash [were] shareholders at all.

“Mr Jimenez is one of more than 20 beneficiaries in the Cavansa Trust. He is not employed by the trust and nor does he have any formal power of attorney or other authority to act for the trust or bind it in any way. He did not personally hold any shares in any company which directly or indirectly owned shares in the club. Mr Jimenez does have a position of informal influence in the Cavansa Trust. He can bring projects to the attention of the trustees. They might or might not proceed with such a recommendation."

“I am satisfied to the relevant standard that Mr Jimenez did make the two representations referred to and that he did so on his own behalf and that of Mr Cash. He made these representations knowing that they were untrue and to induce Mr Khakshouri to make the loan.”

The judge also found that Jimenez had misled Khashkouri over the actual terms of the sale to Duchatelet after the event in order to extend the repayment period on the loan well into 2014.

Without the loan, which came at an interest rate of 12 per cent and was due for repayment at the end of 2013, the club was perilously close to going into administration, which it was feared would extinguish Jimenez and Cash’s chance of profiting from the property deal.

The club had already taken a £3m loan from a Neil McGlynn – at 20 per cent annual interest – in September 2012 with the promise of a 10 per cent stake in the scheme. But it had become clear following Charlton’s promotion to the Championship that year that the directors were unable to meet its operating losses over the eight or nine-year period necessary to realise the potential riches at least one of them envisaged on the peninsula.

Instead, they came up with a plan to sell the club but protect their interest in a stadium move: “Boiled down to essentials the SPV [special project vehicle] agreement with the new owner would commit that new owner (i) to a stadium relocation and (ii) to dealing only with the defendants in relation to the implementation of the stadium relocation”.

A February 2013 report from chartered surveyors Lisney refers to a meeting the previous month with the then leader of Greenwich Council, Chris Roberts, and summarises: “There is a very strong relationship between CAFC and the Royal Borough of Greenwich and in my view it is clear that the local authority would like to see proposals brought forward showing a relocation of CAFC’s ground to the site they have identified in their master plan.”

A document used by the club to try to attract buyers even refers to a scheme to redevelop the training ground in New Eltham, which is protected as metropolitan open land. It stated that: “CAFC hopes to be able to leverage this opportunity to get a new stadium built for the club free of charge and then develop the land the existing stadium and training ground sit on. The existing owners of CAFC would like to become involved at an early stage of further developments of Greenwich Peninsula.”

Chairman Michael Slater was leading on the sale. The judge records: “What is evident from the documentation is that the possibility of being involved in the Greenwich Peninsula development was of interest to the prospective purchasers.

“Mr Slater explained that the way that the team would approach the buyer was to offer an equity stake in any future development deal. It is his view that this was a “big selling point”. In his evidence he explained how one Kuwaiti investor informed him that this would be a “very attractive plus”. Another potential purchaser engaged in discussions with [the] council. Mr Slater also referred in his evidence to the approach made, via an agent, by one anonymous property developer who appeared more interested in the development than the football club.

“In summer/early autumn it appeared as if a sale of the club coupled to a land deal would be signed with the US investors Blackstone. However, in mid-September 2013 a team from Blackstone came to the UK to conduct due diligence. It became apparent then that the Blackstone team were divided as to the merits of the transaction. And in fact they did in due course withdraw.”

In the event, the purchaser of the club, Roland Duchatelet, did not pursue any interest in the multi-billion pound peninsular scheme and moved very quickly to buy the club after emerging as an interested party in November 2013. He wanted the deal complete before the January transfer window closed.

The judge said: “It is apparent from the documentation before the court that, whilst Mr Duchatelet was interested in the potential Greenwich Peninsula development, it was not an imperative for him. As Mr [Max] Deeley [Rose Trust chartered accountant involved in the negotiations] put it in his witness statement, Mr Duchatelet “was not fixated on it”.

There was an exchange of increasingly frustrated emails between Slater, Jimenez, Cash and Deeley, with Slater clearly anxious that pressing Duchatelet to accommodate their position on a future development could cause the takeover to collapse.

Slater appeared to hold out the possibility of returning to the issue later on. In an email on December 28th, he wrote: “I think it would be a big mistake to push this before completion. We’ve already lost at least one (much bigger) deal because of things being said to buyers. We can’t afford to lose this one.”

In a further email, to which Jimenez was not copied in, less than 40 minutes later, he wrote to Cash and Deeley: “Kev, You’re the only one he’ll listen to. Have a word asap please because he really won’t like the next thing I say to him. We’re in a china shop. We don’t want to let a bull in.”

Meanwhile, Slater’s view of Duchatelet’s business acumen might be inferred from the following exchange: “Let’s not forget that the only reason we avoided admin this month (and were able to provide essential funds to Les Bordes [golf course development]) was because we exchanged and were able to use the buyer’s deposit. Also let’s not forget that loads of people have tried to sell the club but until now all attempts have failed.

“Incidentally the fact that Tony isn’t personally guaranteeing the warranties in the SPA (as he agreed to do on the WMG deal) isn’t a mistake. It’s the deal Max and I negotiated. Warranty claims can only be made against the seller, a BVI SPV. Also, there was no requirement for the deposit to be held by the solicitors until completion. Hard to believe isn’t it? That’s how good this deal is for the seller.”

The judgement confirms the widely reported position that part of the cash paid by Duchatelet was contingent on the team retaining its Championship status in 2014 and withheld until May, which was part of the reason Khakshouri could not be repaid in full immediately, although he did eventually get the amount due. He did not discover until June 2014 that there was no land deal with Duchatelet.

It could be argued that there was never going to be such a deal with any buyer, because realisation of the idea was a fantasy in the first place and the failure to make substantive progress towards it in the three years Jimenez and Cash had been involved with the club suggested that. So too does the fact that although a very substantial investor such as Blackstone looked at buying the club with the property play in place, it did not ultimately proceed.

Nevertheless, the proceedings do appear to have inadvertently provided answers to some key questions about the Jimenez-Slater administration. It also begs others about who knew what and when, both in 2010 when the club was bought from Murray’s complete control, and in 2013. The only disclosure directly relevant to Murray appears to be that he would have to write off some of the money owed to him as part of the deal with Duchatelet.

Initial damages of roughly $2m were awarded against Jimenez and Cash, with a further $2m withheld pending legal argument about whether he had locus to sue for his wife’s share of the profits they had to forfeit on the LA development as a result of diverting the money.

The full 69-page judgement is here.

A longer feature about the revelations from this case appears in VOTV141.

My acknowledgements to MountsfieldPark on Charlton Life, who found the judgement.