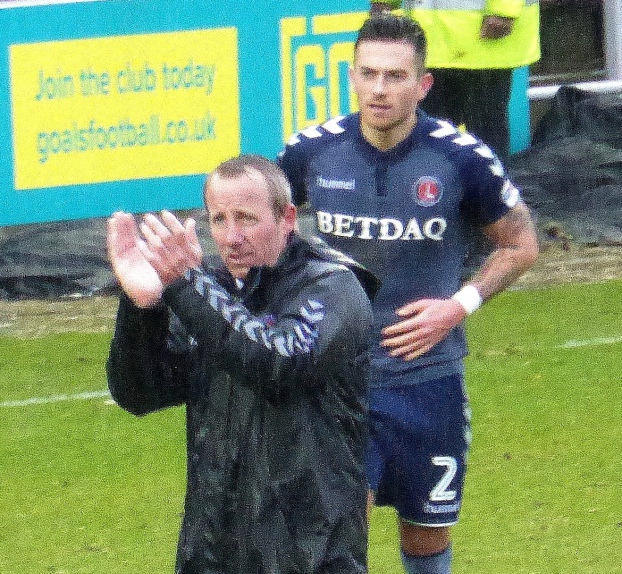 Charlton’s crucial win at Portsmouth on Saturday (April 21st) means that Lee Bowyer has made the best eight-game start of any Addicks manager since the legendary Jimmy Seed in 1933. And the caretaker boss will be the most successful in the club’s history over his first ten games in charge if his side win either of their two remaining league fixtures.

While fans are understandably focused on the statistical likelihood of Charlton remaining in the League One play-offs, victories over promotion rivals Plymouth Argyle, Rotherham United, Shrewsbury Town and Pompey, as well as strugglers Northampton Town, have already put Bowyer in some distinguished company.

His tally of 16 points from five wins and one draw (at Bristol Rovers) puts him ahead of both 1974/75 third-tier promotion boss Andy Nelson and short-lived 2014/15 Championship incumbent Bob Peeters, who each clocked up 14 points (adjusted to three for a win) after eight games. So too did Alex Macfarlane at the start of his second spell in charge in 1928.

The caretaker boss's 16 put him just one behind Seed’s start, but the man who would lead the Addicks into the top flight inside three seasons lost his ninth and tenth matches in charge. Both Macfarlane and Alan Mullery, in 1981/82, matched Seed on 17 points after ten games, as did Guy Luzon in 2014/15 and Curbishley/Steve Gritt in 1991.

Remarkably, it is Peeters, who was sacked soon afterwards by owner Roland Duchatelet, who currently holds the record for the best ten-game start, with his sequence of four wins and six draws yielding 18 Championship points. But Bowyer will overhaul that total if the Addicks win either of their final matches, at home to title-chasing promotion certainties Blackburn Rovers or away to relegation battling Rochdale.

Managers who take over in mid-season often inherit difficult situations, which helps explain the relatively poor first-ten performances of well-regarded incumbents like Mike Bailey, Lennie Lawrence and Phil Parkinson. On the other hand, the strong early records of Peeters and Luzon demonstrate that a fine start is not always a reliable indicator of medium term success.

It could also be argued that points are easier to acquire in the third tier, although Seed, Nelson, Mcfarlane, Rayner, Albert Lindon, Slade, Robinson and Powell all started at that level, as well as Bowyer. Their own playing squads will be weaker than in the higher divisions, not just those of the opposition, athough certainly post-war the Addicks may be thought to have a relative advantage as one of the bigger clubs at third-tier level.

Regardless of any of that – or even whether or not Charlton ultimately make the play-offs – the current temporary boss has already collected enough points from a very challenging fixture list for his tenure to be declared a startling personal success.

And, hopefully, there could yet be more to come.