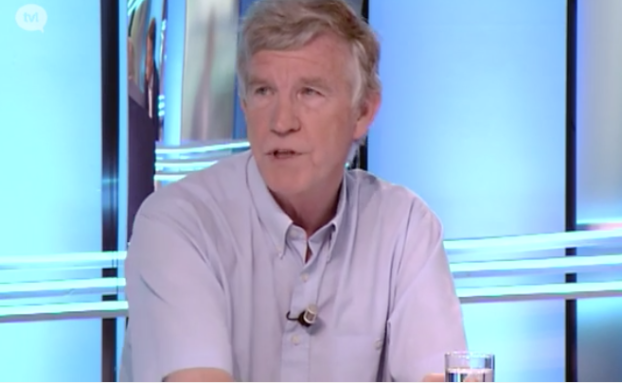 It's you who has a problem with the truth, Roland

It’s Tuesday so perhaps we shouldn’t be surprised by the appearance of yet another mad missive from the bonkers Belgian, Roland Duchâtelet, the third on that day in consecutive weeks. The team has just won four league games in a row, but today’s urgent news from the Charlton owner is that he’s carried out an “investigation” into something that happened five weeks ago.

Hercule Poirot’s report is in – and he’s managed to determine what time Roland received an email sent by his own staff, and what time the attached letter was published on CARD’s Twitter account, alongside mainstream media sites. Can’t be Poirot then – must be Inspector Clouseau. He’s much more Roland’s type, after all.

Amid the characteristic frothing, Duchâtelet tries to pour cold water (from the tap, obviously) on the staff bonus story, claiming that since the letter he received was unsigned it doesn’t make clear which staff are involved in the dispute.

“Although CARD has been very keen that the club’s management should always be accurate, the requirement does not seem to apply to their own communication,” says Duchâtelet of this letter.

Yet the letter is from his own staff, not CARD, a point he appears to acknowledge when he then says that it is unclear whether or not “a majority of the employees at The Valley supported the external communication of this letter”.

If it wasn’t their letter you’d think they would have made that clear by now, not least because Duchâtelet would have been keen to point it out. But he can’t because he knows very well that it is. Indeed, as the Evening Standard in particular has reported, disaffected staff have spoken to the media directly about this issue and others.

Duchâtelet​ also says: “The ownership can confirm that to date no legal action has been taken against the club on the issue of discretionary staff bonuses.”

This is entirely disingenuous because he must know, as does Voice of The Valley, that the dispute is ongoing and that the staff have continued to try to resolve it internally before going to law. They believe they have a robust legal case and strongly deny that the club had ever made clear the bonuses were discretionary. They have documentation.

It’s impossible for fans to referee that argument, but what we do know is that Duchâtelet’s latest explanation is sheer nonsense. He says that bonuses were paid in 2016/17 because operating losses were more than covered by player sales. But “in 2017/18 the operational losses grew and the player sales were much lower. This was mainly because of the ongoing sale of the club which caused our CEO to leave resulting in delayed player sales and delay in actions being taken to make the club more cost efficient".

He goes on to say that the club lost £10m in the year. But how that would have been offset by earlier player sales and “efficiencies” is hard to understand. In fact, the only significant player sales since January – Ezri Konsa and Harry Lennon – both took place in June, before the end of the financial year covered by the bonus scheme.

Unless he is saying that the departed Katrien Meire would have sold another £10m worth of players by June 30th, 2018 – or found equivalent savings in water bottles, youth-team breakfasts and paper towels, which would make you wonder even more what she had been doing for the previous four years – this argument is complete drivel.

None of what he says explains his reference to “incentivising bonuses” in his own communication to staff on August 22nd. How could administrative staff have been “incentivised” to sell players?

Regardless, the staff took the issue to the Daily Mail because they believe they have been unfairly treated. The bonuses were due on July 31st. Staff had already made their unhappiness clear to management at The Valley well before the issue appeared in the public domain.

No satisfactory explanation was provided to them internally, which is why they went to the media. Duchâtelet​’s statement that “on August 20th, before the decision not to pay a discretionary bonus was communicated to the employees, the article on the Daily Mail website appeared” is wholly disingenuous.

As far as staff are concerned, the bonuses were already three weeks overdue by then. If the affair went into the public domain before he had made any effort to address it then that was entirely his fault. It was his failure of management. Again.

Of course they were not going to put their own individual names to the letter, but nobody should be in any doubt that the anger was widespread and the decision to challenge him was collective. It was unprecedented for the staff to make their feelings known publicly and the reason was their complete lack of trust in Duchâtelet​.

There is no conspiracy between CARD and the Charlton staff, but the absentee owner has long been reviled within The Valley, as well as outside it. Employees are better placed than anyone else to know how mad his stewardship has been.

Rather than address the unrest within his own staff, Duchâtelet tries to transfer the responsibility to CARD and then blame it for “a significant blow to the reputation of the club and owner and to the ability of the owner to sell the club”.

As ever, nothing is his own fault, not even a dispute with his own staff, the cause of which cannot remotely be attributed to supporters. He will say anything to avoid the obvious conclusion that it his unrealistic demands which are obstructing the sale.

Duchâtelet closes his latest statement by returning to the issue of water bottles and breakfasts for young players. As it happens, the latter issue was confirmed at the Fans’ Forum in July when his point man Lieven De Turck is minuted to have told fans that “breakfasts had been cut as part of the club being more cost conscious”.

Perhaps De Turck is secretly part of CARD, too? Why does the statement make no attempt to rebut this breakfast point, if it isn't true? And if it is, why even mention it again?

The issue of the water bottles first surfaced – alongside the breakfasts - in an article published online by the Independent on August 3rd. The journalist concerned spoke to the club for a detailed response to the article and published that response in the original story.

There was no mention of an environmental explanation at that point - that was invented later in response to CARD’s delivery of bottles to the training ground - but in any event the point is moot. Young players were told to queue at the tap to get water. It is a cost-saving measure. And CARD was not responsible for the original report.

“The ownership believes the fans and the EFL deserve to know what really happened as the truth has been misrepresented,” says Duchâtelet.

Couldn’t agree more, Roland. But as we have seen time and again, the chances of getting it from you are vanishingly remote.

See you next Tuesday, eh?