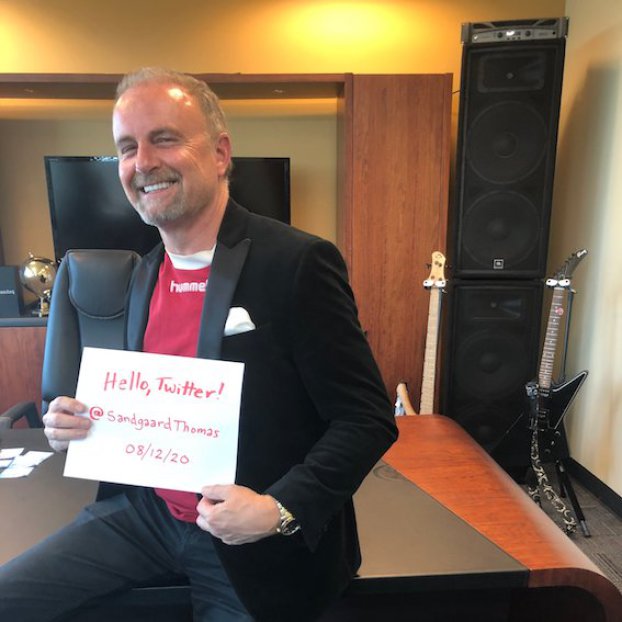 Sandgaard rocks up playing all the right tunes

There’s a standard warning that is regularly given when any story of attempted fraud or deception is told in the media, which is that any offer which appears to be too good to be true usually isn’t what it seems. The question for Charlton fans right now is whether US-based businessman Thomas Sandgaard's approach could just be an exception.

Sandgaard appeared out of nowhere last Thursday to emerge as a leading contender to buy Charlton. It was news to the club as much as it was to fans or media covering the story.

In fact, his interest had developed from a contact with former chief executive Peter Varney, who was asked to meet him a month or so earlier for a general chat about getting into football by a contact at Joma, Charlton’s one-time kit suppliers. Inevitably, this entailed explaining his own background in the game. But Varney is already working with rival contender Andrew Barclay, so he isn’t responsible for the Danish-born businessman’s subsequent approach.

It has meant, however, that Varney is able to vouch for the 62-year-old as a clean pair of hands, who had never engaged with East Street Investments in any of its guises and, like others, had been unable to get a hearing from club landlord Roland Duchatelet.

Sandgaard’s credentials are otherwise easily researched and stand up well. He is the founder, chairman and chief executive of Zynex Inc, based in Colorado, which produces medical devices, and unlike recent pretenders he clearly has the money to buy the club. He describes himself on Twitter, presumably tongue-in-cheek, as a "rockstar CEO".

A blizzard of social media engagements and fan interviews later, the guitar-playing entrepeneur has made a positive impression on fans and purports to be closing in on a deal.

Crucially, this includes the claim that his tactics have got him the attention of Duchatelet, with whom he has said dialogue is progressing. He also says that he has top lawyers Freshfields working on the deal, although Sandgaard’s previous anonymity means that they can have had no access to any of the paperwork before last Friday.

Purchase of Charlton ought not to be a complex transaction, but it has been rendered so by the machinations of the various incarnations of ESI and the likelihood of a string of contractual claims arising from the two-month incumbency of Matt Southall as chairman earlier this year. There is also the unresolved issue of the former directors, who are certainly owed £7m and believe Duchatelet’s sale to ESI breached their legal charges over the assets, unpaid debts from the coronavirus crisis and now news that would-be buyer Paul Elliott says he is seeking an injunction to prevent a sale.

It is Elliott and sacked lawyer Chris Farnell’s rejection by the EFL on August 7th that began the latest frenzied period of activity, but all the time the clock is ticking towards the scheduled start of the new League One season on September 12th.

Nobody who has presented as owner of the club in 2020 has satisfied the EFL that they should be allowed to operate it and although central funding will allow the August salary bill to be met the club is likely to run out of cash in September.

Above all the noise, however, the real issue remains what Duchatelet wants for The Valley and Sparrows Lane and whether he is finally ready to compromise. For all Sandgaard’s optimism, many have previously got as far as him but failed to reach any agreement.

The one deal that was done, with ESI, could earn Duchatelet as much as £60m - at least three times what the stadium and training ground freeholds are thought to be worth. However, his chances of getting that from the current ownership are absolutely zero.

Sandgaard told the SLP: “Ideally I acquire everything. Maybe there is a mix but ideally we come up with a deal where everything is included.”

Leaving the land in Duchatelet’s hands could be key to getting a deal for the club done quickly, but there is no certainty that option is on the table as the Belgian may well be able to reject a change of counterparty in order to lever a sale.

His problem is the growing risk that the club goes into administration, which would be likely to wipe out the obligations to him, including around £50m of debt secured over the football company, as well as to a plethora of smaller creditors, some of them legitimate.

Duchatelet would become liable for the balance of the ex-director loans through his retention of Baton 2010 Limited and its subsidiary Charlton Athletic Holdings and the council will stand in the way of any plan to redevelop The Valley.

He could also face further reputational damage in Belgium if it is ultimately proven that he sold the club to criminals. In a worst-case scenario he might end up having to give evidence of his own stupidity in court.

Despite this he has so far refused to negotiate with other interested parties, including the Varney-Barclay approach, which has more worked-up plans of how to operate the club and would benefit from the UK-based Barclay’s extensive family business connections.

They are also keen to do a deal but have so far refused to cut corners with ESI to get it done quickly or entertain the existing commitment to Duchatelet.

A third interested party, understood to involve former chairman Richard Murray, is believed to have based its funding on a scheme to move the club to the Greenwich peninsula in line with skeleton proposals used by Southall to tout for investment in January.

Sandgaard’s engaging approach has caught the imagination of fans but, as he has himself admitted, it involves paying over the odds and even then there is no guarantee of success.

There is no reason to think that his intentions aren’t genuine, but after the events of recent months and years at Charlton there is every basis to be cautious about assuming a deal will be done, and particularly on the timescale he is suggesting. Sandgaard's has been an impressive performance to date. but will it be enough to win the prize?