Thank Bowyer that the Belgian is finally gone 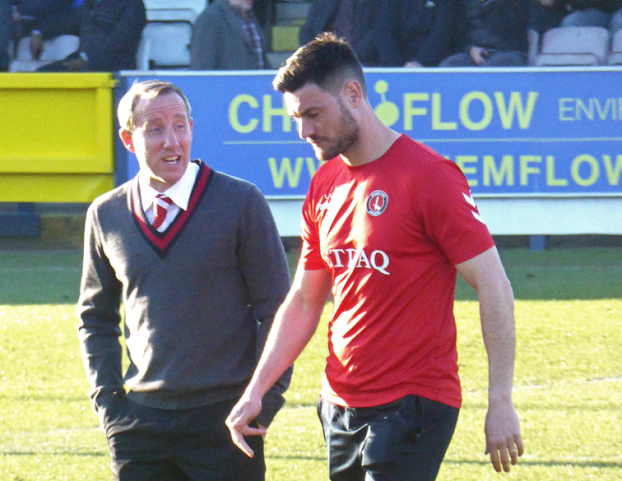 And then, suddenly, he was gone. Roland Duchatelet’s reign of error was ended, 23 months after he first conceded that the club was likely to be sold.

The champagne may have gone flat, the party balloons shrivelled and the celebratory banners drooped in the long hiatus, but the news should still lift the heart of every Charlton fan.

“Done deal” had proved a premature ejaculation on Twitter in February 2018, as a series of occasionally plausible and remarkably long-running attempts to buy the club failed to get across the line. Now the emotion that someone has is as much relief as joy, as befits a marathon.

The new owners are to be East Street Enterprises, funded not from Australia or America, but Abu Dhabi. Perhaps it was always going to take extraordinary wealth to overcome extraordinary obstinacy.

The club will be chaired by Matt Southall, a former football agent, with the financial clout provided by majority shareholder His Excellency Tahnoon Nimer. The third board member is another Abu Dhabi-linked businessman, Jonathan Heller. No previous Charlton connections have so far come to light.

There were no leaks, although that was probably helped by the fact that many interested eyes had long since glazed over. The timing in the run-up to a transfer window, however, should come as no surprise. There was a reason rumours mostly ramped up around then.

If the wider football world was momentarily distracted by the news, it soon turned its attention back to Arsenal and the sacking of manager Unai Emery an hour later. No matter.

There are still plenty of questions to be asked of the buyers and formal EFL approval to be granted, but early answers are reassuring - Lee Bowyer to be backed as manager, no plans to leave The Valley, a commitment to talk to fans.

Be careful what you wish for, some have said during the long years of struggle to remove the Belgian. And it’s true that one troubled ownership can sometimes beget another – Duchatelet is himself an example of that.

But it’s also the case that fans don’t get to choose who buys their club, at least not at the top end of the football pyramid. Charlton supporters were lucky with the board that grew almost organically out of the campaign to get back to The Valley.

Voice of The Valley understands that the majority of former directors have been approached about their outstanding interest-free loans, which total £7m.

All we can do as fans is give whoever is in charge the best shot, by working constructively with them when we can. In reality, Duchatelet and his stooges were so inept at running the club and so hopeless at engaging with fans that the bar has been reset exceptionally low.

There will be a party mood at The Valley before Sheffield Wednesday’s visit, but whether it outlasts the 90 minutes or not it would be wise to recognise one thing.

It’s much less likely that Charlton would have been sold at a price Duchatelet was willing to accept if the team was still playing its football in League One. The credit for that belongs entirely to Bowyer, his management team and the players.

The fact of Championship football and the surge of support that it brought back had made the club a much more attractive proposition. The poison in the atmosphere largely dissipated on chief executive Katrien Meire’s departure in 2017, but belief came back with Bowyer.

In recent weeks the limits of that revolution had begun to be exposed on the pitch and with that came the possibility he would be lured away, sending the club lurching into a new crisis. The urgency of change had been partially concealed behind a veneer of football stability.

The change of ownership should remove that threat. The manager and the club can now look ahead with a new sense of optimism and confidence, just as they should have done in 2012 when Charlton last won promotion from League One.

For all the frustration of the last seven years, it’s as if Roland Duchatelet was never here.

But then he never was, was he?